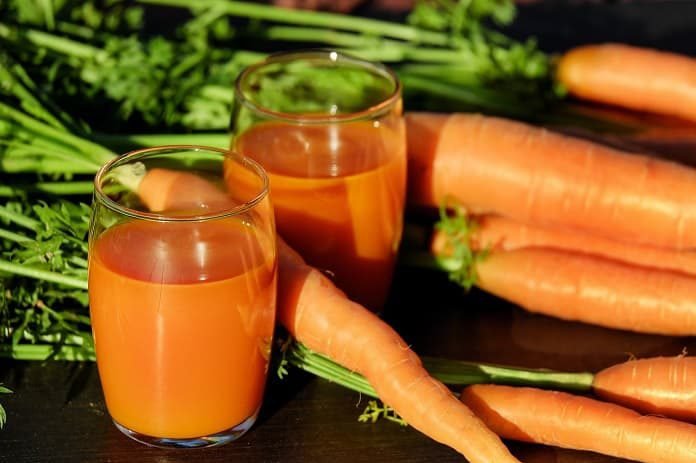 Researchers investigated the effect of too much vitamin A and its association with the loss of bone mass and the risk of fractures.

Vitamin A is one of the essential vitamins with many benefits. It is a powerful antioxidant that contributes to cell repair, prevention of tissue damage, and cell differentiation and growth. It plays a vital role in maintaining a healthy vision and healthy skin and regulating the immune system. Vitamin A is a fat-soluble vitamin obtained from the diet in the form of retinyl esters, but it is absorbed into the bloodstream as retinol.

Vitamin A can be found in animal products like meat and butter, or from plants such as kale, carrots, spinach, and so on. As much as the body needs vitamin A to support health, it is worth knowing that too much vitamin A intake may be harmful.

What is the effect of vitamin A at high doses?

In a study published in the Journal of Endocrinology, researchers in Sahlgrenska Academy at the University of Gothenburg in Sweden investigated the effect of vitamin A on the bone when it is consumed over a long period or at high doses, a clinically relevant dose equivalent to the dose found in most vitamin A supplements.

At the end of the study, they found that all the mice appeared healthy with normal body weight. However, the mice treated with the supplemented doses had increased liver weight, reduced bone mass on the outer bone surface (cortical bone), and a decrease in bone strength in the first week.

In the subsequent weeks of treatment with vitamin A, the bone loss deepened progressively into the inner bone circumference (endocortical bone) in the supplemented group of mice resulting in a decrease in their bone marrow but there was no change in the bone length when compared with the control group.

This study showed a progressive reduction in the overall bone mass in the mice that received the UTL dose and the supplemented group. The degree of bone loss and bone damage were found to increase over time in the long bones with resultant thinner weaker bone (osteoporosis) susceptible to fracture. The researchers found that this effect was even more pronounced and severe in the supplemented group of mice.

This study is consistent with several previous studies that have associated high doses of vitamin A to bone weakness and increased risk fractures in humans. Some studies suggested that both high and lower doses of vitamin A can result in increased hip fractures. On the contrary, there have been studies that found no association. Again, this study analyzed only female mice, so there is a possibility that the findings might be different in male mice.

Study was completed on growing mice

One study limitation is that the researchers worked on very young growing mice whose bones might still be undergoing growth and remodeling, which may influence the changes in the findings. This may be different in the humans, but their observation in these mice along with many previous findings, support that too much vitamin A may be a risk factor for osteoporosis. Therefore, they suggested that the use of UTL in humans may be harmful to the bone and needs to be re-evaluated.

A need for caution

In conclusion, this study has shown that taking too much vitamin A either at the normal acceptable dose over a long period of time or at a high dose for a short period, can increase bone weakness, bone thinning and predispose ones’ bone to fractures especially the long bones and the hips. As the trend of vitamin supplementation continues to grow, there is a need to be cautious.