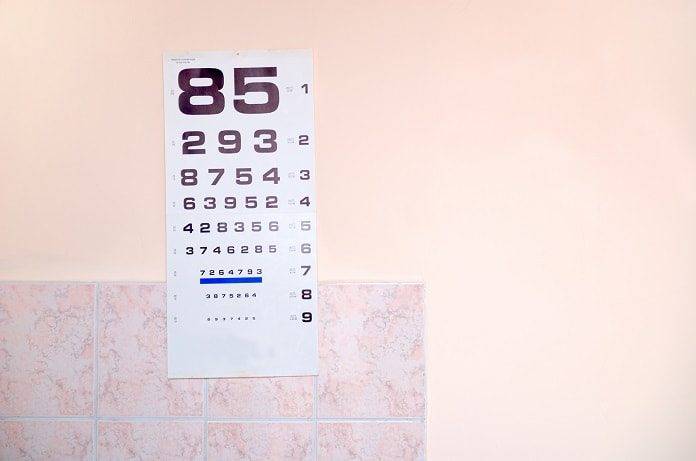 Glaucoma describes a group of eye conditions in which there is poor circulation of fluid at the front of the eye. This leads to a build-up of pressure within the eye, which in turn causes damage to the optic nerve. The optic nerve normally transmits signals from the photosensitive retina at the back of the eye to the brain, and the nerve damage from glaucoma gradually leads to visual impairment.

It is generally accepted that sight is first lost around the edges of the visual field, with loss of central vision only occurring in the late stages of glaucoma. However, recent studies suggest that in addition to optic nerve damage, glaucoma may cause damage to the macula. The macula is a small area of the retina close to the optic nerve.  It contains a high concentration of photosensitive cells and is responsible for detailed central vision. This means that some glaucoma patients may have central visual field impairment, even at an early stage of the disease.

When a patient is diagnosed with glaucoma they usually undergo assessment of their visual fields using a machine which performs a Standard Automated Perimetry (SAP) test on the central 30 degrees of vision (the 24-2 VF test). They may also have their vision-related quality-of-life assessed using a specially-designed questionnaire. Studies suggest that in general vision–related quality-of-life scores decrease as the visual field loss increases.

The standard 24-2 VF test does not give a detailed assessment of the central visual field. A more detailed assessment of this area is provided by the 10-2 VF test which has more test points in the central vision area. The 10-2 VF test is usually only performed in more advanced-stage glaucoma. Researchers at Colombia University wanted to compare the relationship between scores on a standardized visual quality-of-life questionnaire and visual field status as measured by the 10-2 and 24-2 VF tests. They recently reported their findings in JAMA Opthalmology.

Between May 2014 and January 2015, 113 glaucoma patients were enrolled in the study. Patients had a detailed eye examination and visual fields were tested using the 24-2 and 10-2 VF tests. Patients also completed the National Eye Institute Visual Function questionnaire, which assessed vision-related quality-of-life.

The researchers concluded that this study supports the need to monitor visual function using the 10-2 VF test in earlier stages of glaucoma or to modify the 24-2 VF testing pattern to include more points testing central vision. Glaucoma patients who report visual problems inconsistent with the amount of visual field damage shown on their 24-2 VF test are often tested for other eye diseases such as dry eye or cataract. However, this study suggests that these patients may have undetected macular damage related to their glaucoma and this should be evaluated using the 10-2 VF test.