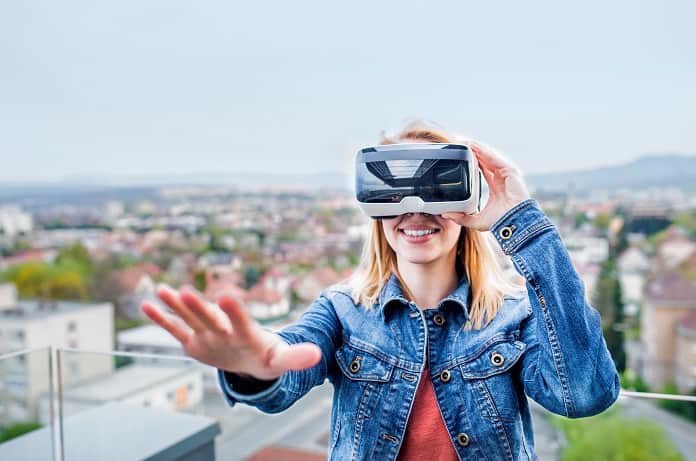 There are potential benefits of using virtual reality as a tool for effectively treating different types of mental health disorders such as anxiety disorders, phobias, and post-traumatic stress disorder among many others.

Recently, an intriguing article was published in the The New York Times about virtual reality as a relatively new tool for use in psychological therapy.  This new treatment has the potential to fundamentally change the way psychologists treat many mental health disorders and make quality mental health care more accessible. Results from a number of clinical trial studies dating as far back as the 1990s have successfully demonstrated that using virtual reality as a tool in psychological or exposure therapy can effectively treat mental health disorders such as post-traumatic stress disorder and a variety of phobias among other conditions.

There are only a few psychologists currently using virtual reality technology to treat their patients–among them is Dr. Dawn Jewell in Colorado, US. Dr. Jewell uses the technology created by the start-up company Limbix. Limbix has revolutionized exposure therapy by incorporating virtual reality and a Google headset named Daydream View which works alongside a smartphone. By using the Google feature Streetview (which consists of a large database of photos of outdoor locations and roads worldwide), this new therapy service is able to virtually display a location and make the patient feel as though they are really there.

This virtual reality technology has been used as part of exposure therapy to treat alcohol addiction by transporting patients to virtual bars as well as bringing patients who have height-related phobias to the top of skyscrapers. Traditional psychological therapy involved psychologists encouraging patients to tell them how they are feeling and what they are thinking, while they also instructed to imagine facing the source of their fear or anxiety. Importantly, virtual reality actually forces the patient to come face to face with their anxieties, thus it is more difficult to avoid them by simply not thinking about them. One notable clinical trial showed that when virtual reality was used to treat patients with extreme airplane-flying phobias, virtually transporting them to the airport resulted in 90% of patients overcoming their anxiety about flying.

For now, Limbix is offering the virtual reality service free of charge for psychologists, but they are planning to introduce more advanced tools sometime in the future. Of course, it is important to remember that this tool should only be used by a carefully trained professional. This technology is in its infancy as some of the virtual images appear a bit static, however, with continued improvements virtual reality has the potential to assist patients in facing their fears or anxieties with a psychologist in a safe space that is controlled.

Metz C. A New Way for Therapists to Get Inside Heads: Virtual Reality. The New York Times. 2017. https://www.nytimes.com/2017/07/30/technology/virtual-reality-limbix-mental-health.html