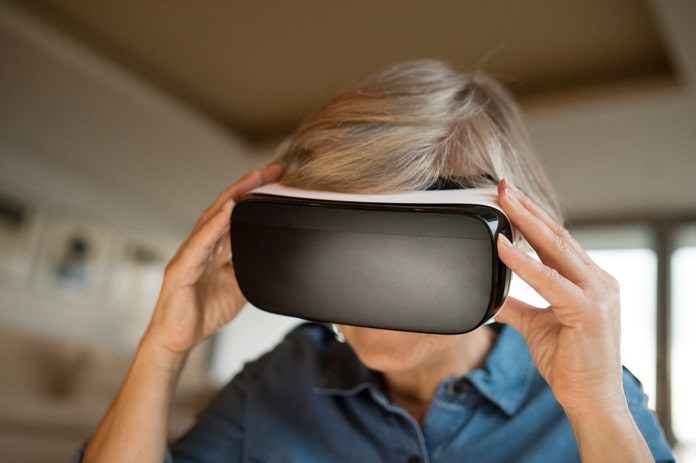 A recent study investigated if virtual reality pain management is a beneficial strategy and whether the effectiveness of virtual reality in managing pain is dependent on how conscious someone is of their bodily sensations.

Pain is often associated with most, if not all, medical complications and is the main obstacle preventing patients from living a fully functional and high-quality life. Currently, there are several strategies that healthcare providers employ to manage pain, including pharmaceutical interventions, lifestyle and diet changes, and physical or occupational therapy. Unfortunately, these strategies are not always effective and therefore, alternative strategies, such as virtual reality pain management, are continually being investigated to manage pain more effectively.

In recent years, researchers have shown that virtual reality can effectively reduce the perception of pain and how much effort someone thinks they are exerting. Moreover, researchers have shown that the severity of pain someone experiences is associated with how aware they are of their internal bodily sensations. Specifically, studies have found that individuals with a high awareness of their bodies exhibit a greater frequency and intensity of pain symptoms, compared to individuals with a low awareness.

In a recent study, published in Psychology of Sport and Exercise, Matsangidou and colleagues investigated whether the effectiveness of virtual reality in reducing pain is associated with a person’s awareness of their own bodily sensations. To test this, the authors recruited 21 healthy males and 59 healthy females, before randomly dividing the participants into the virtual reality or non-virtual reality groups. Next, the participants were required to answer questionnaires that assessed their Private Body Consciousness (PBC), a measure of how aware someone is of their internal bodily sensations.

To induce pain, each participant was asked to hold a dumbbell with a mass that was tailored to each participant depending on their strength. Those in the virtual reality group were given a Samsung Galaxy Gear heat-mounted-display (HMD) during the session, which displayed a virtual world closely resembling the real room participants were situated in. Several parameters were measured throughout the study period, including heart rate (HR), self-reported pain intensity rating (PIR), rating of perceived exertion (RPE), and time to exhaustion (TTE).

In conclusion, the study further validated the notion that using virtual reality can effectively reduce exercise-induced pain and the perception of effort. This is consistent with previous literature which demonstrates that psychological distractions via imagery, meditation, relaxation, hypnosis, and positive thinking can reduce pain and perception of effort. However, the mechanisms underlying these phenomena are largely unexplored and warrant further investigation. Finally, the same investigation should be conducted in other cohorts to establish how generalizable these findings are to the public and other populations.

Reference: Matsangidou, M., Ang, C. S., Mauger, A. R., Intarasirisawat, J., Otkhmezuri, B., & Avraamides, M. N. (2018). Is your virtual self as sensational as your real? Virtual Reality: The effect of body consciousness on the experience of exercise sensations. Psychology of Sport and Exercise.