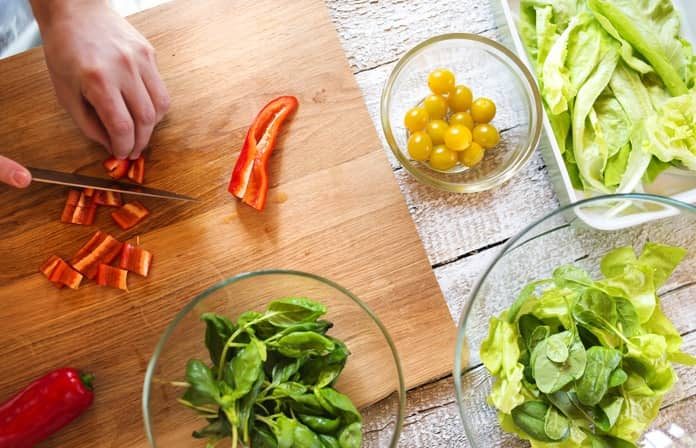 Hypertension, or high blood pressure, can increase your risk of heart problems such as heart attack and stroke. Recent studies have been contradictory as to whether the compound trimethylamine N-oxide (TMAO) is associated with an increased risk of heart problems. TMAO is produced by gut bacteria in the liver from trimethylamine (TMA). Levels of TMAO increase significantly in the blood when TMAO-rich foods such as fish and vegetables. However, the effects high TMAO levels on heart health are currently unclear. So, is a plant-based diet good for your heart?

Previous studies suggested that the consumption of red meat and eggs leads to an increase in TMAO levels and a subsequent increased risk of heart disease. Hence, to prevent heart problems, it is suggested to reduce the consumption of these foods. A diet rich in fish and vegetables is considered to be beneficial for heart disease risk. However, in a recent study published in the American Journal of Physiology-Heart and Circulatory Physiology, Polish researchers suggest that these diets are actually associated with higher TMAO blood plasma levels.

What are the effects of high TMAO levels in the blood?

In the study, the researchers evaluated the effect of TMAO levels on rats who had a genetic tendency to develop high blood pressure through TMAO treatments. The first group of hypertensive rats were given a low-dose of TMAO supplements in their drinking water. The second group of hypertensive rats were given plain water. The third group of rats were the control group, they were not genetically predisposed to high blood pressure and received plain water also. The TMAO treatment was given to the rats over a period of 12 or 56 weeks. At the end of each treatment period assessment of high blood pressure and damage to the rat’s heart and kidneys was carried out.

The results showed that TMAO treatment increased blood levels of TMAO to approximately four times higher than the body normally produces it. However, it did not affect the development of high blood pressure in rats genetically predisposed to high blood pressure. Also, the low-dose TMAO treatment was associated with a reduction in markers linked to failing hearts in the hypertensive rats.

These findings provide new evidence that an increased level of TMAO has beneficial effects on blood pressure. Therefore, this study is indirectly suggesting following vegetarian or the Mediterranean diet which is rich in fish, fruit and vegetables has multiple benefits for heart health. Further research is required, however, on the effect TMAO and TMA levels have on the circulatory system.