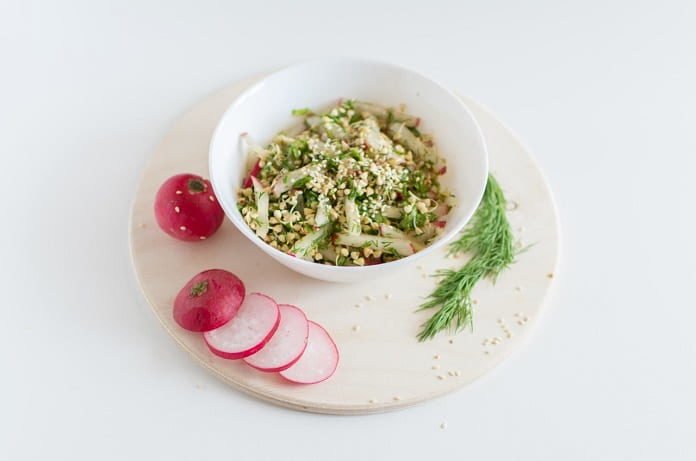 In a recent study, researchers in the United Kingdom compared the metabolic profiles of fish eaters, meat eaters, vegetarians, and vegans.

It is known that a person’s metabolism can be influenced by a number of factors, including diet, environment, lifestyle, and genetics. Researchers in the United Kingdom have examined the effects of diet in particular on a person’s metabolic profile, investigating whether discernible differences exist between fish eaters, meat eaters, vegetarians, and vegans.

In the largest cross-sectional study of its kind, 379 men were examined for differences in the concentrations of various metabolites. These men were participants in the EPIC-Oxford cohort, having been recruited via post or their local general practitioner. They completed a validated semi-quantitative food-frequency questionnaire (FFQ), with items such as lifestyle, body size, and previous diseases. Further, they gave a sample of blood that was then stored for analysis at a later date.

The eligibility criteria included: male sex, age 30-49 years, a daily energy intake between 800-4000 kcal, and no previous cases of cardiovascular disease, long-term illnesses, or cancer (except melanoma). Of the men who satisfied these criteria, 98 from each dietary group, fish eaters, meat eaters, vegetarians, and vegans, were chosen to continue with examination. The results were recently published in the American Journal of Clinical Nutrition.
The researchers analyzed metabolites within the blood plasma using tandem mass spectrometry. While 145 metabolites were analyzed, there were only valid data available for 118 metabolites among the 379 men. Those metabolites analyzed included including acylcarnitines, amino acids, biogenic amines, glycerophospholipids, hexose, and sphingolipids. This data was then combined with information from the FFQ to determine correlations between lifestyle factors and the levels of metabolites within these men.

Most Metabolites Differed by Diet Group

It was found that 79% of metabolites differed by diet groups, with them most often being lowest in the vegan group. This was particularly true for glycerophospholipids and sphingolipids. Unsurprisingly, both glycerophospholipids and sphingolipids are found primarily in animal-based products and the meat-eating group had the highest amount of them. Using the complete profile of metabolites from this study, the researchers could easily distinguish each dietary group from the others.

Some limitations of this study include the relatively small sample size, as well aspects of the laboratory tests, such as repeated freeze-thaw cycles of samples during analysis. However, with the specificity of this investigation, a small sample size is somewhat unavoidable.

Type of Diet Has Significant Effect on Metabolites in the Body

This study makes it clear that a person’s diet has a significant effect on the metabolites within their body.While the researchers do not draw any conclusions between diet and disease emergence, a long-term study tracking such a link could be important in informing people with particular lifestyles what their specific risks/benefits are so they can take steps to mitigate any negative effects. The researchers believe that further research may help to confirm whether these differences explain the lower risk of some diseases such as heart attack, experienced by vegans and vegetarians.