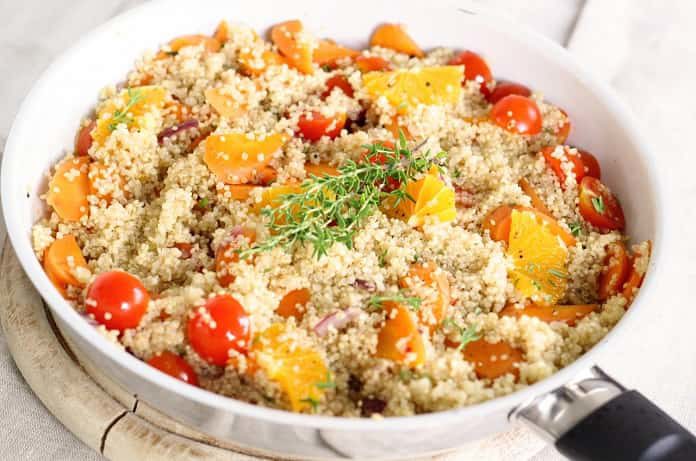 Many people now follow a vegan diet for health and ethical reasons, but the absence of animal products can lead to nutritional deficiencies. In a recent study from Denmark published in the European Journal of Clinical Nutrition, researchers investigate whether a vegan diet leads to bone loss.

Many people today follow a vegan diet for health and ethical reasons. Vegan diets exclude all animal products, including honey and dairy products. Some individuals believe that eating only plant-based matter is better for overall health and digestion, while others are opposed to the exploitation of animals for food, especially in industrial agriculture. However, there are many concerns that a typical vegan diet lacks nutrients such as calcium, vitamin D, vitamin B12, and protein, which are easily obtained from animal products. These are all nutrients that are vital to bone health, and at least some studies have shown that vegan diets are linked to an increased risk of bone fracture.

Hansen and colleagues decided to investigate whether a vegan diet is linked to an increased risk of bone fracture at the molecular level. In a new paper published in the European Journal of Clinical Nutrition, they followed a group of 78 vegans and 77 omnivores in Denmark. They measured height, weight, and body fat, recorded food intake and supplement intake, and measured blood levels of a variety of hormones and other compounds linked to bone metabolism and turnover.

Changes in Bone Metabolism and Turnover

Although individuals on a vegan diet supplemented their vitamin D and calcium intake, vegans tended to have a lower intake of calcium. Further, despite this supplementation, vegans had lower blood levels of vitamin D, suggesting that the supplements did not make up for the absence of vitamin D in the diet. All blood markers linked to bone turnover were higher in vegans than in omnivores, regardless of adjustments for lifestyle, calcium, and vitamin D intake.

The researchers suggest that the exclusion of animal foods leads to serious changes in bone metabolism and bone turnover, potentially increasing the risk of fracture and chronic conditions like osteoporosis. These results are largely in agreement with clinical finds that vegans are at higher risk of fracture. Despite nutritional supplementation, individuals on a vegan diet may not be absorbing the vitamin D they are consuming, leading to reduced absorption of calcium and decreased bone health. Because plant-based nutrients are sometimes less easily accessible to the body, these individuals may need to supplement their diets even further. However, other factors and interactions are likely at play.

Are polyunsaturated fatty acids associated with death due to heart disease?