Home Medicine Obesity The FDA has approved VBLOC® Vagal Blocking Therapy for the Treatment of... 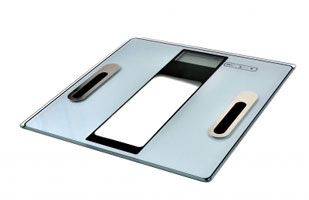 New treatment strategies are needed, as the rates of obesity continue to rise. The FDA has approved a new medical device, VBLOC®, for treatment of obesity. It is the first medical device to be approved for obesity in more than ten years.

While diet and exercise are somewhat effective in the fight against obesity, the overall effect is often modest. The most effective treatment for obesity has been bariatric surgery, which leads to a greater amount of weight loss and associated health improvements. There are, however, significant risks associated with bariatric surgery. In addition to surgical intervention, there are some pharmaceutical interventions that can also help in weight loss for obese patients.

The vagus nerve is involved in mechanisms controlling satiety, metabolism, and upper gastrointestinal tract function. Blocking the vagal nerve by using implanted electrodes, is a novel approach to treating obesity. Blocking of the vagal nerve prevents signaling between the brain and stomach, which in turn decreases feelings of hunger and promotes feelings of fullness. The VBLOC® vagal blocking therapy, delivered via the Maestro® system, a pace maker-like device, achieves vagal blockade via electrodes that are implanted by minimally invasive laparoscopic surgery. By utilising this totally new approach to obesity treatment, VBLOC® has an overall effect of reducing caloric intake, thereby inducing safe and healthy weight loss without invasive surgery or the side effects often seen with pharmaceutical intervention. The advantages of the VBLOC® system are that it does not restrict or alter function of the digestive system, it also does not affect absorption of nutrients, and it is entirely reversible.

FDA approval was given based on the results of the ‘ReCharge’ clinical trial, which have recently been reported in the Journal of the American Medical Association. The objective of the trial was to assess the safety and effectiveness of vagal nerve blockade for patients with obesity. The trial recruited 239 obese patients in Australia and the US, with a BMI between 40 and 45kg/m2 or 35 and 40kg/m2 in patients with a related medical condition. The study lasted for 5 years, and was completed in January of 2013. Of the 239 participants, 162 were assigned to receive the vagal nerve block device, while 77 were assigned to receive an inactive device. Participants also received weight management education.

The study reported that, at 12 months, 52% of participants who received the vagal nerve block had at least 20% weight loss. In comparison, only 32% of participants in the control group reached 20% or more weight loss. The adverse events that were reported included: mild to moderate heartburn or dyspepsia and mild to moderate abdominal pain. Overall, weight loss achieved by participants in the vagal block group was statistically higher than those in the control treatment group. Treatment with VBLOC® was determined to be safe and well tolerated.

Image courtesy of anankkml at FreeDigitalPhotos.net