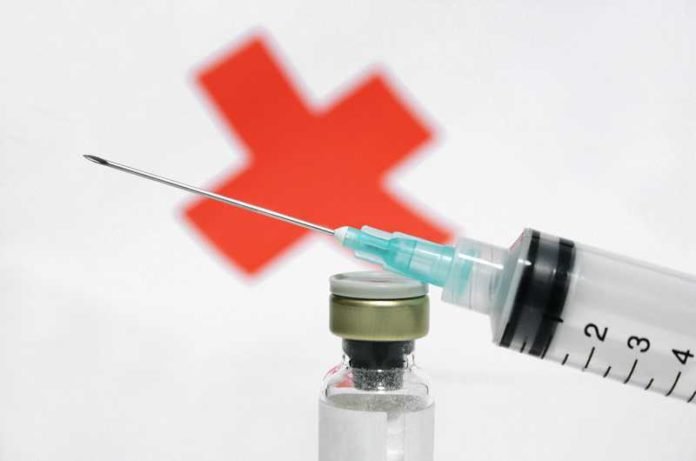 Pertussis is an infection that is particularly life-threatening among newborns and for which the efficacy of preventive vaccination is well established. In addition to reinforcing this concept, a new study provides compelling evidence suggesting that vaccination of pregnant women synergistically enhances the protective effects of newborn vaccination.

Pertussis (PT) is a highly contagious infectious disease caused by the bacteria Bordetella pertussis. Clinically, the disease manifests in the form of fever, a runny nose, and, more importantly, coughing. The severity of the latter symptom dramatically increases with disease progression and hence the disease is also known as whooping cough. The infection is particularly dangerous in newborns, with 1.6% of infant cases having fatal consequences in the US.

Vaccination has been established as the most effective mean to prevent PT. Although vaccination of newborns has been performed routinely for a relatively long time, vaccination of pregnant women remained relatively infrequent in the US until 2011. At this time, the centers for disease control and prevention’s Advisory Committee on Immunization Practises recommended implementation of this procedure. Despite the fact that the vast majority of pregnant women are now vaccinated with Tetanus toxoid, reduced Diphtheria toxoid, acellular Pertussis (TDaP), its clinical effectiveness has been poorly studied. Importantly, concerns were raised about a possible interference between TDaP administration to pregnant women and vaccination of infants with Diphtheria, Tetanus and acellular Pertussis (DTaP), which has never been addressed.

To study these questions, a team led by Dr. Nicola P. Klein investigated TDaP effectiveness and putative interference with DTaP in a recent study published in Pediatrics. The study was performed by enrolling members of a California-based medical care organization called Kaiser Permanente of Northern California (KPNC). The study followed an impressive number of nearly 149,000 newborns and their mothers from 2010-2015. Pertussis cases were diagnosed using a PCR-based test and documented over two overlapping time frames: a shorter period including the first two months after birth and a longer period 12 months after birth which allowed to assess the effectiveness after three DTaP doses each given at two months intervals.

Their results clearly support the efficacy of TDaP administration during pregnancy. First, after two months, a total of 17 newborns were diagnosed with PT, among which only one single newborn’s mother was administered TDaP more than 7 days before giving birth. Second, over the 12 month period, TDaP lowered Pertussis incidence by almost three folds, and the benefits were especially striking among children not administered with DTaP, for which PT incidence was 12 times lower. Finally, whatever the number of DTaP doses administered, TDaP consistently decreased PT incidence, although the benefits became more and more marginal over time. These results convincingly establish TDaP’s clinical efficacy in preventing PT. Importantly, this is the first study suggesting that the concerns raised about TDaP potentially interfering with DTaP were not founded, although further investigations are necessary to confirm this claim.