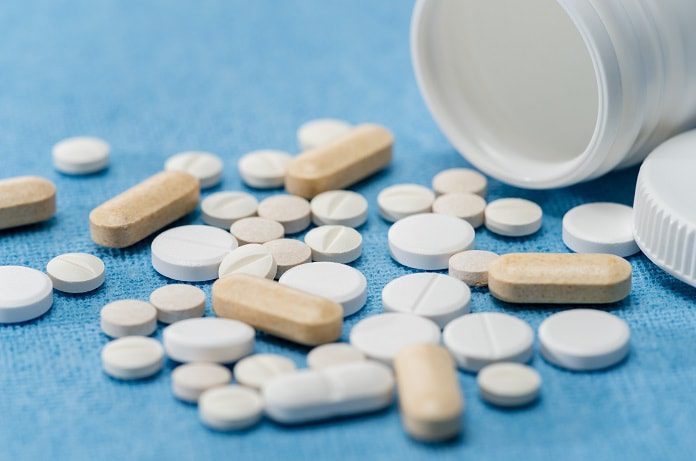 Though antiplatelet therapies such as aspirin are routinely prescribed for the prevention of recurring cardiovascular events in older patients, the increased risk of bleeding, particularly in the upper GI tract, is of concern. Proton pump inhibitors (PPIs), which reduce the production of stomach acid and the risk of ulcers, have been shown to significantly reduce the risk of aspirin-associated bleeding. An improved understanding of the benefit provided to older patients by PPI use would aide in the development of updated guidelines for the safe and effective prevention of cardiovascular events.

In a recent study published in the Lancet, researchers investigated the effect of age and gastric protection (PPIs and other agents) on the risk, severity, and duration of bleeding in older cardiovascular patients undergoing preventative aspirin-based antiplatelet therapy. Data was collected from the hospital records of ischemic stroke and heart attack patients enrolled in the 2002-2012 Oxford Vascular Study, who started or continued antiplatelet therapy. Patients receiving other anticlotting medications were excluded.

Stroke patients received long-term treatment with 75 mg of aspirin daily and 200 mg of dipyridamole twice daily. Those at high risk for subsequent strokes were treated with aspirin and 75 mg of clopidogrel daily for 30 days before moving to long-term treatment. Heart attack patients received aspirin and clopidogrel for 6-12 months before receiving treatment with aspirin alone. Clinical follow-up, noting any bleeding, the reoccurrence of cardiovascular events, and the severity of any stroke-related disability, was conducted at 30 days, 6 months, and 1, 5, and 10 years after the start of treatment. Bleeding events were considered those not due to trauma, surgery, or blood-based cancers. Event sites were categorized as intracranial (occurring within the brain) or extracranial (occurring elsewhere); severity were categorized as significant non-major, major, or fatal, and outcomes were categorized as non-disabling, disabling, or fatal. The risk of bleeding was calculated with respect to age (<75 vs. ≥75 and 5-year intervals), event site, severity, outcome, and whether the patient initially presented with a stroke or heart attack.

There were 405 bleeding events recorded, of which, 187 were major;390 (96%) of which occurred during the treatment period. Upper GI tract bleeds comprised 162 (40%) of the bleeding events, of which 97 were major. The overall risk of bleeding was 3.36%/year, with a 1.46%/year risk for major bleeds. The odds of bleeding within the brain in stroke patients versus heart attack patients was 2.76:1. The risk of non-major bleeds was found to be irrespective of age. The risk of major bleeding was found to be irrespective of age in patients under 70 years. Above 70 years, however, the risk of major bleeding increased greatly, reaching 4.1%/year at 85 or older.

At 3 and 10 years, the annual risk of major bleeding was 2.73 times greater and 3.10 times greater for people above versus those below 75, respectively. For upper gastrointestinal bleeds, the increased risk at 10 years was 4.13 times greater. The proportion of life-threatening and fatal bleeds was higher overall for patients over versus under 75, and bleeds were more likely to be disabling. Of the surviving patients who developed disability after extracranial bleeds, 4 of 157 (3%) were under 75 versus 46 of 183 (25%) over; 3 of 21 (14%) and 31 of 59 (53%) had upper gastrointestinal bleeds. The long-term risk of disability or death of upper GI bleeding was 10.26 times higher in those over versus under 75. The risk of bleeding gradually decreased for all patients, though elevated risks persisted for patients over 75, especially those 75 to 84 years of age.

In total, 489 non-fatal and 209 fatal cardiovascular events occurred during the follow-up period. The likelihood of major bleeding versus having a cardiovascular event increased with age and the ratio of major bleeds to cardiovascular events was 0.32 for 75-84-year-olds and 0.46 for those 85 or above. Stroke severity did not increase with age. At 75 or above, 101 (47%) of 203 stroke patients experienced disability or death. It was estimated that with PPI use, 1 major upper GI bleed was prevented at 5 years for every 80 patients treated under 65, every 75 patients between 65 and 74, every 23 patients between 75 and 84, and 21 for those above 85.

Overall, the study suggests the use of PPIs reduces the risk and persistence of major bleeding, especially upper GI bleeding in patients 75 or older on aspirin-based antiplatelet therapy. Routine prescription of PPIs may be of benefit to older cardiovascular patients. As most data was obtained from hospital records, the contribution of over-the-counter medications to the observed results may be unaccounted for.Similarly, the use of PPIs and other gastric protection agents were pooled for certain analyses, as were ischemic strokes and heart attacks, and as such their individual contributions are unknown. As bleeds that did not require hospitalization were only reported by patients during clinical visits, the true number of events may have been underreported. Further research on the impact of PPI use with other antiplatelet therapies is needed to explore different formulations, doses and adverse effects.