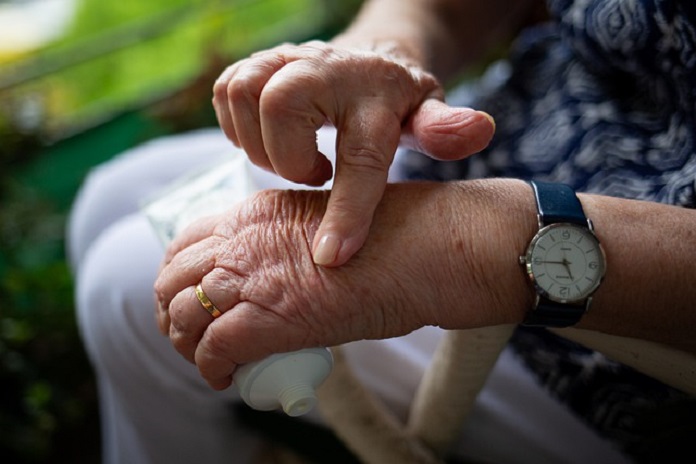 How does upadacitinib compare to abatacept for patients with unresponsive rheumatoid arthritis?

Rheumatoid arthritis (RA) is a progressive and often debilitating condition affecting an estimated 19 million people worldwide. It is a condition that causes inflammation of the joints, leading to pain, swelling and in many cases difficulty moving. In the last 10-15 years, improvements in biotechnology have led to the development of new treatments for RA. Biological disease-modifying anti-rheumatic drugs (DMARDS) have become the mainstay of RA treatment in recent years. However, these drugs don’t work for everyone.  So, when biologic DMARDs fail, what is the next approach?

This is the question that a study recently published in the New England Journal of Medicine aims to shed some light on (1). The study reports on the results of a trial comparing the use of two drugs for rheumatoid arthritis, upadacitinib and abatacept. Both drugs are approved for the treatment of rheumatoid arthritis but are often reserved for use in patients in whom methotrexate and/or biologic DMARDs have not produced a desired response.

This study recruited patients who had previously tried biologic DMARDs. Included patients all had moderate-to-severe RA and had to have been diagnosed at least three months before entry to the trial. Patients were randomised on a 1:1 ratio into either the upadacitinib arm or the abatacept arm. The trial was also double-blinded meaning neither the patients, nor their doctors, knew whether they were receiving upadacitinib or abatacept.  Patient’s pre-trial background medications were continued. The trial was conducted over a 24 week treatment period. However the study outcomes reported were assessed after 12 weeks.

The primary end-point measured by the trial was Disease Activity Score for 28 joints (DAS28-CRP). This scale is a measure of disease activity which incorporates biological markers such as C-reactive protein, as well as the patient’s own assessment of their symptoms. For the primary study outcome, upadacitinib was tested for non-inferiority against abatacept. However, a secondary end-point was the superiority of upadacitinib over abatacept. A further secondary endpoint assessed was the percentage of patients who achieved remission on either drug.

Although the results of this study strongly suggest that upadacitinib is more effective than abatacept when it comes to treating patients with DMARD-resistant RA, there are a number of caveats. Efficacy is one important consideration in making a treatment decision, but safety also a concern. Over the course of the trial, serious adverse events occurred more frequently in patients receiving upadacitinib compared to abatacept (3.3% versus 1.6%). Upadicitinib was also associated with significantly more harmful effects on liver function, 7.6% of patients receiving upadacitinib experience hepatic disorders compared to just 1.6% of abatacept patients. Therefore although it appears to be more effective at 12 weeks, upadacitinib may also be less safe.

Furthermore, although the study focuses on the results after 12 weeks, it also presents the change from baseline of four core components of DAS28-CRP over the full 24 week period. It appears that by week 24, differences in improvement between upadacitinib and abatacept were smaller than what they had been at week 12. For example, at week 12 upadacitinib had produced a reduction in patient’s global assessment of disease severity of 33.85 compared to a 28.35 reduction produced by abatacept, a difference of 5.5. However, by week 24, this difference had shrunk to 1.83. The study does not adequately explain why the data focused on week 12.

It should be noted that the study was funded by AbbVie, the company which manufactures upadacitinib. This study does demonstrate that both upadacitinib and abatacept can be effective in treating RA and that upadacitinib may be a superior choice. However, further (ideally independently funded) studies with longer follow-up periods are needed to determine conclusively which drug represents a better choice for patients.

Image by PeachMoon from Pixabay