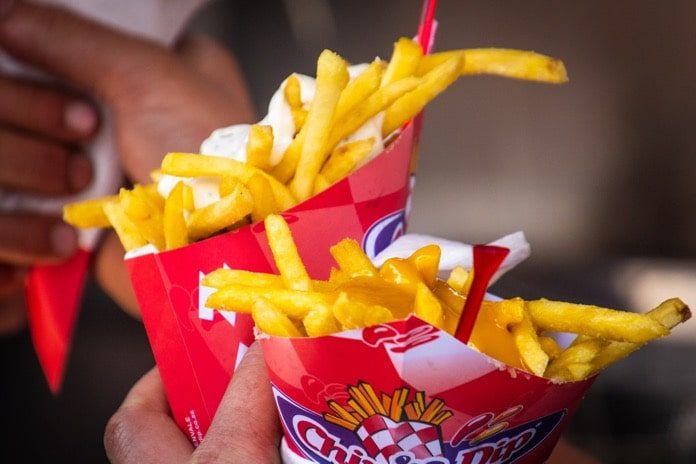 Researchers recently analyzed the effects of an unhealthy diet on persistent health problems, such as high blood pressure.

In 2017, 11 million deaths were caused by factors related to eating an unhealthy diet. Unhealthy diets are a gateway to many common diseases such as type 2 diabetes, high blood pressure, and cardiovascular disease.

Researchers from the University of Washington recently conducted a study which analyzed global dietary data from multiple sources to determine the effects of an unhealthy diet on expected lifespan and chronic diseases. The study was part of the Global Burden of Diseases, Injuries, and Risk Factors Study (GBD) and was published in The Lancet.

Researchers tried to determine the impact of eating less than recommended amounts of each component on common long-term illnesses and death rates. Common illnesses included cardiovascular disease, type 2 diabetes, and cancers. Studies included were performed between January 1, 1980, and December 31, 2016, from 195 different countries.

The study also found that an unhealthy diet caused shortened life spans, which were marked by disabilities from eating the unhealthy diet. The top causes of disability were not eating enough fruits and whole grains, and consuming too much sodium.

In the press release, lead study author Dr. Ashkan Afshin said, “Poor diet is an equal opportunity killer. We are what we eat and risks affect people across a range of demographics, including age, gender, and economic status.”

Limitations to this study include the lack of specific data for key foods and nutrients worldwide, possible variables that could not be adequately adjusted for, and differing definitions of dietary factors throughout the studies.