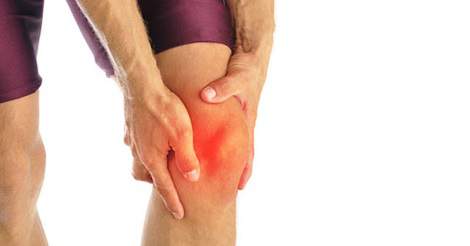 Ultrasound allows physicians to image joint inflammation and damage with greater sensitivity than traditional measures. It provides greater information about joint health and integrity, hence it is being suggested as a way to track progress of rheumatoid arthritis treatment. However, researchers found that its use did not lead to significantly different patient outcome in rheumatoid arthritis treatment.

Rheumatoid arthritis (RA) is a debilitating, chronic, auto-immune form of arthritis that leads to inflammation and can eventually cause bone erosion and joint deformity, as well as non-skeletal issues from general inflammation. There is no cure for RA, but a combination of medication, therapy and if necessary, surgery, can be used to slow its effects and sometimes cause remission of its symptoms. The use of ultrasound has emerged as an option to image RA and determine how symptom remission corresponds to joint health. It has been shown to be more sensitive in imaging joint inflammation, and supporters claim it can be useful in looking at RA and how it is affecting joint integrity.

Haavardsholm et al. published a study in the British Medical Journal comparing the use of ultrasound to traditional methods to assess treatment progress in RA. The traditional approach is to use a Disease Activity Score (DAS) to determine the clinician’s decision based on a decision tree with score cutoffs. Using the ultrasound, clinicians would override the DAS-based decision if the ultrasound score suggested a different treatment method. Patients with early RA were randomized and 122 underwent the ultrasound assessment method and 116 underwent the traditional, DAS assessment method. 13 follow-up visits were conducted over 2 years.

The study found that there was no significant benefit conveyed by using the ultrasound assessment method. 22% of patients subjected to the ultrasound-based assessment reached the clinical outcomes of sustained remission, absence of radiographic damage and absence of swollen joints, whereas 21% of patients who underwent traditional assessment reached those outcomes. Clinicians following ultrasound protocol generally recommended more aggressive treatment, but this did not result in a significant change from the traditional assessment and treatment practices. This surprising result could be because subclinical inflammation generally does not result in radiographic damage. Therefore, the sensitivity that the ultrasound allows, is not significant on a radiographic and clinical scale. There are benefits to using ultrasound, including providing the clinician and patient with greater information on the progression of the disease. This could improve patient adherence, as giving the patient the ability to observe changes in inflammation could support resultant changes in treatment.

The ability of ultrasound to image subclinical inflammation is promising, but did not significantly change patient outcome in treatment of early RA. Ultrasound may have a role in more advanced RA and in specific treatments, but its use in assessing early RA treatment progress would lead to wasted resources.