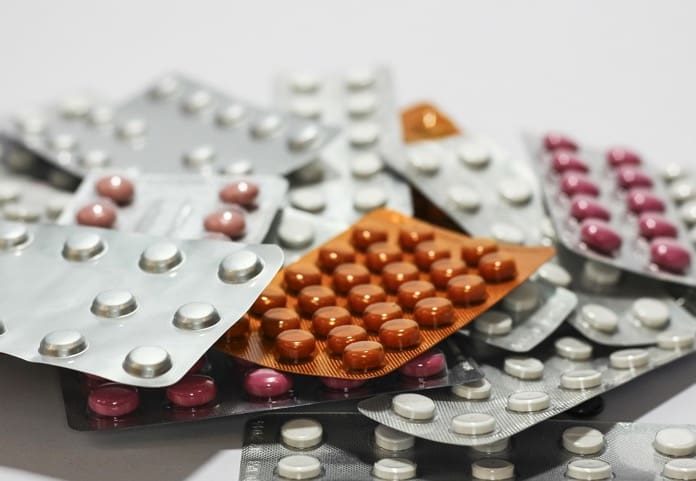 Diabetes mellitus is a chronic condition characterized by increased blood glucose levels. It is classified into two different types: type 1 (insulin-dependent) and type 2 (non-insulin dependent), and gestational. Type 1 diabetes is due to decreased production of insulin. In the most common variety, type 2 diabetes, insulin levels are decreased or there is an inadequate response to insulin. Gestational diabetes occurs during pregnancy.

Patients with diabetes have a higher risk of developing cardiovascular disease.

This study results showed that 60% of the population was on one of these two drugs.  In this study, the common second-line type 2 diabetes drugs used include DPP-4 (dipeptidyl peptidase 4) inhibitors, GLP-1 receptor agonists (glucagon-like peptide 1), SGLT-2 inhibitors (sodium-glucose co transporter 2), TZDs (thiazolidinediones), basal insulin, or sulfonylureas or meglitinides (both called sulfonylureas). DPP-4 inhibitors were used for comparison.

The study involved a retrospective analysis of 132,737 insured diabetics on a second-line type 2 diabetic drugs. These patients used metformin alone previously or were newly started on type 2 diabetes drugs. The participants’ data collected from the country’s database of commercial or Medicare Advantage health insurance, based on the diagnosis code.

Data sources included patients’ health plan enrollment files, laboratory claims, pharmacy claims, and medical claims. The researchers divided the participants based on prior cardiovascular events, earlier metformin use, and HbA1c data. They ruled out individuals with inconsistent medicine use or had additional medicines included at a later date. They primarily looked at the time to the first cardiovascular event after starting the second-line drug. Other factors they considered included hospitalization for cardiovascular diseases such as congestive heart failure, stroke, ischemic heart disease, or peripheral artery disease.

GLP-1 receptor agonists showed a lower incidence of composite cardiovascular events. The cardiovascular event rates with SGLT-2 inhibitors and TZDs were similar to DPP-4 inhibitors. However, the risk was 36% higher in patients treated with sulfonylureas and was twice with basal insulin. These heightened risks with sulfonylureas and insulin were found in all cardiovascular diseases. The positive outcome included a significantly lowered risk of stroke on using GLP-1receptor agonists. Well -compliant patients and those not taking other diabetes drugs showed greater response during the follow-up.

Halting the debate of the cardiovascular effects of TZDs

This study halts the long-standing debate on the cardiovascular effects of TZDs by finding no such significant risks. The findings of the study did not alter with HbA1c, substantiating the view that the short- term cardiovascular events are not regulated by blood sugar control.

This study had many strengths

It involved a large number of patients with real outcomes in a natural scenario.  It also evaluated the risk of stroke. All major type 2 diabetes drugs were also included in this review. Such type of study is a rare possibility due to a scarcity of funds, narrow interest among the sponsors and absence of definite rules to conduct research on the prevalent type 2 diabetes drugs.

However, there were also several limitations to this study. The study did not take into account the duration of diabetes, a detrimental factor for the development of cardiovascular disease in these patients. Some participants had a past history of heart disease. Hence, the study findings may not be applicable to individuals with a lower risk of cardiovascular diseases. Mortality and cost factor were also not considered.

Paradigm shift needed in the treatment of type 2 diabetes

“People should know if the medications they’re taking to treat their diabetes could lead to serious cardiovascular harm. This calls for a paradigm shift in the treatment of type 2 diabetes. These drugs, however, are more expensive than the sulfonylureas, which is the main reason they are not as commonly prescribed.”

Type 2 diabetes drugs are associated with the risk of cardiovascular diseases. Most of the patients who need alternative type 2 diabetes drugs are given sulfonylureas and basal insulin which pose a higher risk. Doctors must be vigilant in prescribing these drugs and consider newer medications like GLP-1 agonists (e.g. liraglutide), SGLT-2 inhibitors (e.g. empagliflozin) or DPP-4 inhibitors (e.g. sitagliptin). Diabetics should be aware of the drug side effects and be judicious in drug choices. Nevertheless, expenses are a matter of concern.