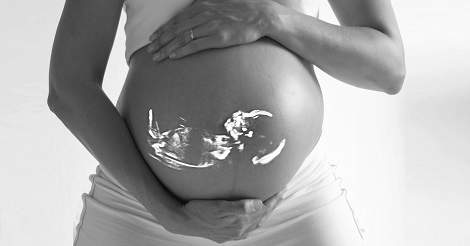 In February 2016, the World Health Organization announced Zika virus (ZIKV) as an international public health emergency. ZIKV is a mosquito-borne virus that can be spread from person-to-person. ZIKV is connected to birth defects and Guillain-Barré syndrome – a condition that causes an individual’s immune system to attack its nervous system, which can lead to paralysis. The mechanism in which ZIKV causes these detrimental outcomes is not completely understood. It is also not known how ZIKV reaches the fetus.

A study published in Cell Host & Microbe focused on understanding ZIKV infection and transmission from mother to fetus. The hypothesis was, ZIKV infects the uterus and spreads through blood and amniotic fluid (i.e. the fluid that surrounds the fetus) to reach the fetus.

This hypothesis was tested by infecting cells from the placenta, amniotic membrane, chorion, chorionic membrane (outermost membrane surrounding the embryo), and the umbilical cord with a ZIKV prototype. These samples were taken from 20 donors. Chorionic villus explants from four donors were infected with ZIKV as well. A method called immuno-staining with monoclonal bodies was used to detect virus replication. Immuno-blotting was used to determine the cofactors (i.e. substances that facilitate viral entry into cells) involved in ZIKV infections. Infection-blocking experiments used a drug called duramycin. ZIKV was incubated with different concentrations of duramycin and added to amniotic epithelial cells.

The results showed that ZIKV infects cells of the human placenta and explants that express any or all of the following cofactors: Axl, Tyro3, and TIM1. ZIKV replicated in the explants in early pregnancy and placenta cells in mid- to late- pregnancy; this proposes the possibility that the infection transmits via placental and paraplacental routes. The study also found duramycin blocked ZIKV infection in cells from mid- and late-pregnancy placentas and reduced ZIKV infection in chorionic villus explants from early pregnancy. This mechanism is assumed to be from blocking the activity of the cofactor TIM1.

In conclusion, the authors of the study suggest that model systems can be used to interpret the mechanisms of ZIKV infection and test antiviral drugs. Targetting the cofactor TIM1 could suppress ZIKV infection.