A new study provides data on the “know-do” and “policy-practice” gaps found in tuberculosis diagnosis and care across three levels of China’s health system.

Tuberculosis, or TB, is a disease caused by bacteria called Mycobacterium tuberculosis. A tuberculosis diagnosis includes detecting symptoms of fever, night sweats, coughing, hemoptysis (coughing up sputum stained with blood), chest pain, and weight loss. TB is curable if treated with antibiotics and/or anti-TB drugs.  If left untreated, TB can lead to severe lung, kidney, and liver problems or even death.

Although TB is infectious, spread through droplets in the air, it is not easy to catch. Babies, senior citizens, those with a compromised immune system, and the malnourished are at greater risk of contracting the disease. However, regular and prolonged contact with an infected individual means that the risk of infection is often greatest for family members and co-workers.

Many people with TB are never diagnosed and those who are can often be ill and contagious for many weeks or months prior to diagnosis and treatment. Barriers to diagnosis include presenting with non-specific symptoms, poor access to medical care, poorly performing diagnostic tests, and stigma.  However, there is little data on the role of doctors and healthcare providers in a timely and accurate tuberculosis diagnosis.

In China, tuberculosis remains a high health burden and the rate of accurate tuberculosis diagnosis is low. There may be several factors influencing the low rate of diagnosis, particularly in rural areas. So far, health care research has focused on those already diagnosed, but research into those who are undiagnosed in rural areas remains scarce. Healthcare providers and policymakers need to understand the reasons for the low rate of diagnosis in urban areas in order to implement effective policies to eliminate TB.

In a recent study published in PLOS Medicine, researchers from the University of North Carolina trained and sent standardized “test” patients to present with classical TB symptoms for 274 healthcare providers at village clinics, township health centers, and county hospitals in China.

The results showed that the county hospitals managed the patients’ visits correctly 90% of the time, compared to only 38% in township health centers and 28% in village clinics.  While antibiotics were prescribed in 61% of the consultations, incorrect antibiotic use was high at all levels of care.  Only 28% of village doctors and 18% of township providers correctly referred the case onward.

Although patients presenting with symptoms typical of TB were generally not properly managed, the deficits were not due to a lack of provider knowledge.  These same doctors managed according to TB recommendations 81% of the time when these same symptoms were described in clinical vignettes.  In other words, the providers seemed to know the medical guidelines for TB management but, in practice, do not follow them.  This “know-do” gap can be seen in hospitals worldwide.

Although sputum testing is recommended for tuberculosis diagnosis, this study found that when the healthcare providers ordered tests, they were most likely to order chest X-rays. Despite the availability of sputum testing, their focus was to establish what might be wrong with these individuals who were unwell rather than on diagnosing TB.

Despite incorrect testing practices, their actions may not be indicative of poor medical care.  Primary healthcare providers may see several patients each week whose symptoms could be associated with TB, but could also be caused by a chest infection.  They may not want to worry patients unnecessarily or add to patient and/or clinic costs.  In understaffed centers, healthcare providers may practice under the assumption that individuals with persistent conditions such as TB will return to be seen again.

This study highlights that the elimination of tuberculosis should not rely upon the development of better tests or pills.  The disconnect between medical guidelines and medical practice, particularly in poorly resourced and rural areas, will require interventions targeting integrated healthcare training in real-world situations so that they feel empowered to properly diagnose and refer tuberculosis patients. 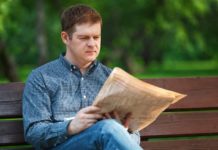 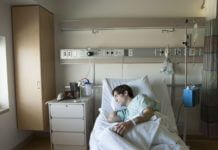