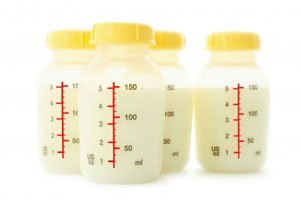 The TRIGR study is a multi-national clinical trial that is underway to determine whether a diet composed of hydrolysed infant formula, compared with regular cow’s milk-based formula, can inhibit the development of type 1 diabetes in children who have an increased genetic risk.

Type 1 diabetes occurs when the immune system attacks the insulin-producing cells (beta-cells) in the pancreas, resulting in a lack of insulin production necessary for conversion of glucose to energy. As a result, patients with type 1 diabetes must be given insulin either via injection or an insulin pump. While the cause of type 1 diabetes is unknown, scientific studies suggest that autoimmunity towards beta-cells is induced in early infancy, possibly by exposure to complex dietary proteins. Early research has suggested a role for cow’s milk proteins, since this is the first source of foreign food protein consumed by babies. In support of this, a reduction in the rate of type 1 diabetes was seen in animal studies that weaned to a diet of hydrolysed (broken down) proteins, compared to foreign, intact proteins.

A pilot study was designed to determine whether an intervention trial in which infants were weaned to either hydrolysed formula, or conventional cow’s milk-based formula would be feasible. A total of 242 newborns at high risk for developing type 1 diabetes were randomized to a control or treatment group. At the trial endpoint, type 1 diabetes-associated autoantibodies were measured. The pilot trial established not only the feasibility of the study but also, for the first time in humans, demonstrated evidence that dietary intervention could affect autoimmunity toward pancreatic beta-cell.

The TRIGR trial is now underway worldwide, with an objective to determine whether weaning to hydrolysed formula can reduce the incidence of type 1 diabetes in children who are at increased risk. With 2159 infants enrolled, the trial is being conducted in 78 centres within 15 countries, across three continents. While patient enrollment has come to an end, the TRIGR trial will continue until February 2017, when the youngest patient will be 10 years old. At this point, the participants will be assessed for autoantibodies associated with type 1 diabetes, in addition to the presence of clinical type 1 diabetes.

A report of preliminary data from the TRIGR study was recently published in the Journal of the American Medical Association. The study reported on the primary outcome of positive testing for at least two diabetes-associated autoantibodies. The results revealed that there was not a significant difference in the presence of autoantibodies between the control and the intervention groups at 7 years follow up. The results of this study are in contrast to the initial pilot study, in addition to preliminary data from the TRIGR study cohort in Finland, which each showed reduced autoimmunity in the intervention group when compared to the control group. While the reasons for the discrepancy between the studies is unknown, the authors state that it is important to continue to analyze the data until the study endpoint, incidence of clinical diabetes at 10 years of age.