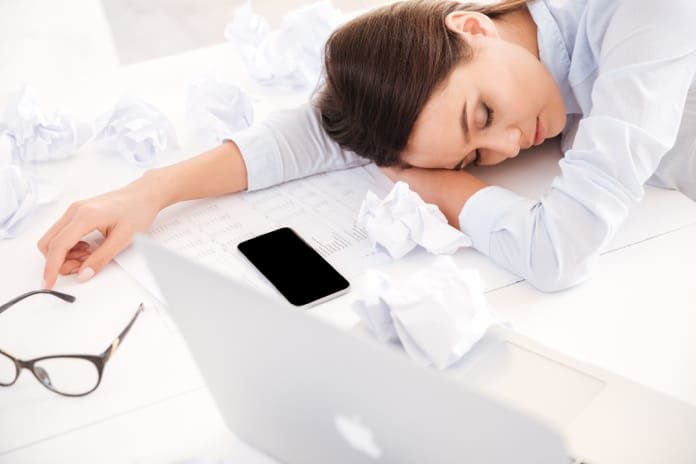 A recent review published in The Lancet Diabetes and Endocrinology analyzed the effects of common treatments for insomnia and obstructive sleep apnoea on sleep and glucose regulation.

Compared to the general population, sleep problems such as insomnia and obstructive sleep apnoea (OSA) are more common in people with type 2 diabetes. There is evidence supporting an association between insomnia and OSA and cardiometabolic changes (such as high blood pressure and systemic insulin resistance) that have a negative impact on the pathophysiology of type 2 diabetes. Therefore, improving sleep problems in patients with type 2 diabetes could subsequently help treat diabetes, as sufficient and quality sleep is important for maintaining optimal cardiometabolic health.

Previous studies have shown that a substantial number of patients with type 2 diabetes suffer from regular symptoms of insomnia. A number of these symptoms, such as fragmentation of sleep and a reduction in the total duration of sleeping, are linked to both clinical insomnia and impaired glucose control in healthy individuals. Therefore, the presence of one or more chronic conditions or diseases such as insomnia or OSA and type 2 diabetes can substantially affect the choices by physicians for the course of treatment for a patient.

To help patients with type 2 diabetes suffering from sleep problems, a recent review by researchers in Sweden analyzed the effects of common insomnia and OSA treatments on sleep and glucose regulation. Their results were recently published in The Lancet Diabetes and Endocrinology. The treatments analyzed included pharmaceutical sleep aids or medications such as benzodiazepine receptor agonists (which have a sedative effect) and melatonin, as well as cognitive behavioural therapy.

Benzodiazepine receptor agonists (also known as Z-drugs) are typically prescribed to treat insomnia. These therapeutics have a shorter half-life than benzodiazepines (e.g. valium), which means the risk of next day side effects such as drowsiness are reduced. They are most commonly prescribed treatments for insomnia. Despite studies showing a combination of both classes of drugs being prescribed for type 2 diabetes patients to help with insomnia, they have also been shown to potentially impair glucose metabolism, with one study showing links between a particular benzodiazepine receptor agonist and a 45% increased incidence of type 2 diabetes. Further research into the effect of benzodiazepine receptor agonists and benzodiazepine on glucose regulation is required. However, these findings do suggest that type 2 diabetes patients who are being treated for insomnia with these therapeutics should also undergo regular monitoring of their glucose metabolism.

Melatonin, which is the hormone responsible for promoting sleep, is available in many countries as an over-the-counter medication, typically taken to help with jet lag symptoms by helping you fall asleep. There is limited information however on the efficacy of taking melatonin for insomnia. In some studies, oral treatment with melatonin for sleep disorders compared to placebo shortened the time it took for participants in the study to fall asleep and increases the total length of their sleep. However, the variables (such as age, sleep disorder, treatment dose, and period) were highly diverse, making it impossible to extrapolate the effect of melatonin on treating insomnia. As the effect of melatonin on glucose metabolism is controversial and given that melatonin is available over-the-counter making it possible for people to self-medicate (and possibly at a higher than recommended dose) further research is warranted to investigate the safety and efficacy of using melatonin to treat insomnia in type 2 diabetes patients.

Cognitive behavioural therapy includes techniques that aim to educate and improve attitudes towards sleep problems. These techniques may include restricting the bed for sleep only, controlling the time spent in bed, improving sleep hygiene, and promoting relaxation. Research has shown that in older patients with chronic insomnia, four months of cognitive behavioural therapy successfully improved their quality of sleep and subsequently reduced their risk of developing type 2 diabetes as it also improved their metabolic profile.

However, further research as to whether cognitive behavioural therapy would also improve the metabolic profile of patients with type 2 diabetes is required. Given the high efficacy and safety of cognitive behavioural therapy, especially compared to pharmaceuticals, it has significant potential benefits for the use as a treatment for patients suffering from both insomnia and type 2 diabetes. However, adherence, time and costs (such as face-to-face sessions with a therapist) associated with this treatment need to be taken into consideration as this may restrict it’s availability to patients.

Due to its high efficacy, continuous positive airway pressure (CPAP), which involves a nasal mask attached to a flow generator and designed to maintain flow in the airways, is a common treatment used for patients with OSA. Evidence has shown that long-term use of the therapy (at least 4 hours per day) has a positive effect on glucose regulation, both in the general population and individuals with type 2 diabetes. However, there is still a need to verify the use of this therapy for glucose regulation in a randomised trial with a larger population and longer follow-up periods. Also, the question of whether longer treatment periods such as overnight as opposed to 4 hours, would have an even greater beneficial effect on metabolic profiles of type 2 diabetes patients.

Lifestyle Interventions such as Diet and Physical Activity

Finally, lifestyle interventions such as increasing regular physical activity and a high-quality diet have shown to be beneficial for improving sleep and glucose regulation. Despite the well-documented association between diet and sleep, few studies have investigated the impact of diet on sleep in patients with type 2 diabetes.