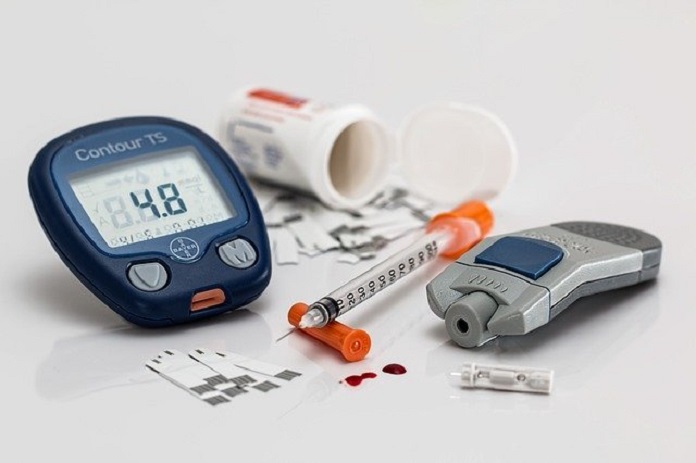 What is type 2 diabetes?

Dietary and lifestyle changes are initial strategies that can be used to control type 2 diabetes; however, medications are necessary if blood glucose levels cannot be controlled with these measures alone.

How is type 2 diabetes diagnosed?

Your doctor will diagnose diabetes, usually using a fasting glucose blood test or an A1c test. These tests will let your doctor know how much glucose is present in your blood, these levels will indicate whether or not you have diabetes.

Multiple options are available as treatment for type 2 diabetes. Depending on your response to initial treatment your doctor may prescribe single or multiple therapies to keep your diabetes under control. Your doctor may also recommend lifestyle changes – dietary and physical activity – to help manage your diabetes.

Metformin is an oral glucose-lowering medication that is typically used as a first-line treatment for type 2 diabetes. Metformin has been used for decades as a diabetes treatment and has a good safety profile with relatively low cost. Unlike other diabetes treatments, metformin does not cause hypoglycemia as a side effect.

Traditionally, metformin has been thought to induce its glucose-lowering effect by acting to decrease glucose production by the liver. However, more recent studies suggest that this might not be the only way this drug works. The effects of metformin may also depend on length of treatment and the dosages used.

Metformin is also often used in combination with other diabetes drugs, most commonly sulfonylureas.

Some of the side effects associated with Metformin include diarrhea, muscle weakness, abdominal pain, and low vitamin B12 levels.

Second-generation sulfonylureas (glipizide, glyburide, and glimepiride) have significantly less side effects than the first-generation drugs in this class. These drugs work by increasing the amount of insulin that is released from the pancreas and improving insulin resistance.

A significant side effect to monitor in patients taking sulfonylureas is hypoglycemia. Other side effects can include weight gain, skin reactions, and stomach disturbances.

The thiazolidinediones rosiglitazone and pioglitazone are oral medications that are used to reduce blood glucose by enhancing glucose uptake in patients with type 2 diabetes.

Although these agents have a low risk of hypoglycemia, they have been associated with an increased risk of heart failure, leading to the limited use of rosiglitazone.

Insulin treatment may be required for to make up for the lack of insulin produced by the pancreas in type 2 diabetes patients. Insulin can be given alone or in combination with other diabetes medications.

Patients should be properly trained on how to administer insulin injections and what side effects to look out for. There is a significant risk of hypoglycemia in patients taking insulin, which should be carefully monitored and promptly treated if it should occur.

Glucagon-like peptide 1 (GLP-1) receptor agonists also act to lower blood glucose levels. This class of drugs act to increase the amount of insulin that is produced after a meal, and by reducing the amount of glucagon that is released by the pancreas. These drugs are also able to slow down the rate that the stomach empties after a meal, which slows down the absorption of glucose into the blood. This results in a ‘full’ feeling for a longer period of time, which is likely responsible for the association of these drugs with weight loss.

There are several GLP-1 receptor agonists currently approved for type 2 diabetes treatment, these include liraglutide, exenatide, dulaglutide, and semaglutide.

Treatment with GLP-1 receptor agonists has also been associated with reductions in blood pressure and weight loss. These drugs also pose a low risk of hypoglycemia.

Some of the side effects associated with GLDP-1 receptor agonists include nausea, vomiting, diarrhea, and constipation.

Sodium glucose cotransporter 2 inhibitors (SGLT2 inhibitors) are among the newest type of treatment for type 2 diabetes. These drugs include canagliflozin, dapagliflozin, and empagliflozin.

These drugs act in a different way to other diabetes medications; they prevent the kidneys from re-absorbing glucose, resulting in removal of glucose from the body via the urine.

Weight loss and blood pressure reductions have been seen with SGLT2 inhibitors. Weight loss effects are even greater when combined with metformin. Clinical trials with empagliflozin have reported reduced cardiovascular events in patients with type 2 diabetes who also have a history of cardiovascular disease.

Some common side effects associated with SGLT2 inhibitors include increased risk of infection, joint pain, and nausea.

Another new class of drugs to treat type 2 diabetes are the dipeptidyl peptidase-4 (DPP-4) inhibitors. These drugs are able to reduce glucose levels by blocking DPP-4, which increases incretin levels and increases secretion of insulin. DPP-4 inhibitors include stigaliptin, alogliptin, saxagliptin, and linagliptin.

Studies have suggested that these drugs have a lower risk of hyperglycemia, however, do not appear to be associated with weight loss. DPP-4 inhibitors have not demonstrated significant cardiovascular or renal benefits despite large clinical trials.

Typical side effects of these medications include nausea, diarrhea, flu-like symptoms, and can cause some skin reactions.