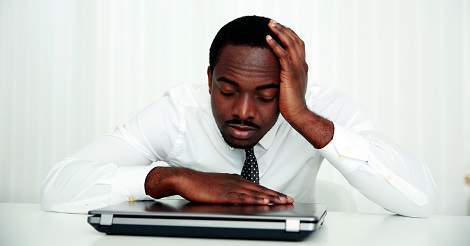 Researchers find a lack of evidence in the effectiveness of using cognitive behavioral therapy as a treatment for chronic fatigue syndrome.

Cognitive behavior therapy (CBT) is a type of psychological treatment that helps patients understand how thoughts and feelings influence behavior. CBT is generally a short-term therapy that focuses on helping patients deal with a specific problem.  While undergoing CBT treatment, people learn how to identify and change destructive or disturbing thought patterns.  CBT has been used since the 1970s to treat depression and, more recently, anxiety, phobias, and addictions.

Cognitive behavior therapy has been proven to promote noticeable positive changes. Recent studies documented several of its benefits: almost 80% of those who received CBT treatments were better off than those who did not; improvements were longer lasting than any other form of psychological therapy; it may be more effective than antidepressant medication, and it increased quality of life as measured by quality of life and mood scales. More than threefold of the patients with a psychiatric condition expressed a preference for talking cures over medication.

Since 2007, given the success of CBT in treating psychological disorders, the British National Institute for Health and Care Excellence began recommending CBT as a treatment option for chronic fatigue syndrome.

A recent article published in the Journal of Health Psychology reviewed existing medical literature to determine whether cognitive behavior therapy is an effective treatment for chronic fatigue syndrome.

Chronic fatigue syndrome, or CFS, is characterized by extreme fatigue lasting at least six months paired with joint and muscle pain.  The cause of the condition remains unknown.  Until recently, the treatment for chronic fatigue syndrome consisted of pain and antidepressant medication but cognitive behavioral therapy is increasingly being considered as a treatment option.

Approximately 20-30% of the patients who undergo CBT report some benefits, particularly in self-reported fatigue and mood scores.  However, the evidence pointing to improvements in physical function over the long-term is inconsistent to weak. Chronic behavioral therapy may yield a negative outcome for some patients if they blame themselves for their lack of improvement or if they wrongly perceive that they are suffering from a psychological illness.

Physicians who recommend cognitive behavioral therapy for the treatment of chronic fatigue syndrome should inform their patients about the rationale behind CBT, its potential and limitations.