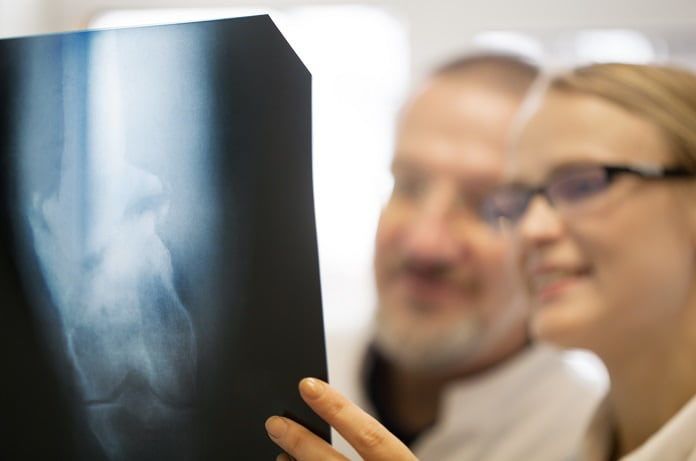 A recently published review discusses how early diagnosis and prompt goal oriented (or treat-to-target) rheumatoid arthritis treatment can improve outcomes in patients with the disease.

Rheumatoid arthritis is an inflammatory disease that manifests in the form of pain, swelling, and deformity in multiple joints. It is an autoimmune disorder caused by the immune system attacking the linings of the joint membranes. In some people, other internal organs, such as the skin, eyes, lungs, heart, and blood vessels are also affected. The disease affects roughly 1% of Canadians and women are 2–3 times more likely to get the disease than men.1

Only a few decades ago, prognosis for the disease was poor with progressive degeneration of multiple joints, disability, and reduced life expectancy being the norm. Treatment was usually initiated after the disease had progressed, and periodic testing to monitor the success of treatment was not carried out. However, with the development of more effective, goal oriented treatment plans and early initiation of treatment using disease-modifying anti-rheumatic drugs (DMARDs), disease remission has become possible. A new paper published in The Lancet in June 2017 discusses how early diagnosis and initiation of early treatment with new drugs can slow disease progression or reverse disease symptoms.2 It also discusses treatment strategies that can slow or prevent joint damage.

Based on their analysis of previously published data, the authors conclude that early diagnosis of rheumatoid arthritis and the initiation of treatment within 3 months and at most 6 months from the onset of joint swelling were critical for minimizing joint damage and achieving disease remission.The treat-to-target approach involves setting specific treatment goals, which could include disease remission, low disease activity, reducing mortality or cardiovascular events (heart attacks and stroke), or preventing joint damage and disability. Based on periodic clinical evaluations, the treatment regimen may be changed until the goals are achieved.

In general, methotrexate (a standard lab synthesized DMARD) is used as the anchor drug when initiating treatment, and glucocorticoids may be added over the short-term if necessary. If the treatment target is not achieved, other standard DMARDs may be tried. However, if overall prognosis is considered poor, then biologics (or biological DMARDs) or targeted DMARDs (JAK inhibitors such as tofacitinib and baricitinib) could be considered.

The paper also presents an outline of previous data on the efficacy of biologics in treating rheumatoid arthritis. Biologics are large and complex molecules that are obtained from natural sources, such as microorganisms, animal or plant cells, or genetically engineered organisms. Among the biologics that have been tested for rheumatoid arthritis treatment are a number of antibodies, which include infliximab, adalimumab, etanercept, certolizumab, golimumab, abatacept, tocilizumab, and rituximab. Overall, combining methotrexate with antibodies was more effective than methotrexate alone in reducing disease severity.

The review also discusses novel drugs that were approved recently or are in clinical trials for rheumatoid arthritis treatment.Among the new classes of drugs approved for treatment are the Janus kinase (JAK) inhibitors tofacitinib (inhibitor of JAK1/2/3) and baricitinib (inhibitor of JAK1/2). JAK kinases are key players in cell signaling pathways that trigger inflammation and are involved in disease onset and progression. The JAK inhibitors have been shown to be safe and effective in randomized clinical trials. Tofacitinibis approved for use in the USA, Canada, Russia, and Switzerland. The European Medicines Agency (EMA) has approved its use together with methotrexate in patients with moderate to severe active rheumatoid arthritis who respond inadequately to or are intolerant to one or more DMARDs. It is also approved for use alone if the patient is intolerant to methotrexate. The EMA has also approved baricitinib for use alone or in conjunction with methotrexate for treatment of moderate to severe active rheumatoid arthritis.

A number of biosimilars, which are drugs that are similar to existing biologics such as infliximab (Remicade) and etanercept (Enbrel), have either been approved or are in the pipeline. Among these is CT-P13, which matches infliximab in its efficacy and safety. However, the switch from biologics to matching biosimilars has been slow, particularly in the USA and Canada, despite their lower costs in general.

To summarize, the paper discusses strategies for rheumatoid arthritis treatment that would improve prognosis and emphasizes that early diagnosis and initiation of DMARD therapy are critical for achieving favorable outcomes or remission.The authors note that the most important aspects of rheumatoid arthritis management are the early diagnosis of patients, prompt initiation of DMARD therapy, and regular assessment to achieve a target of remission. This management strategy may result in favorable outcomes for most patients. 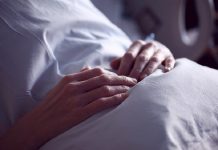