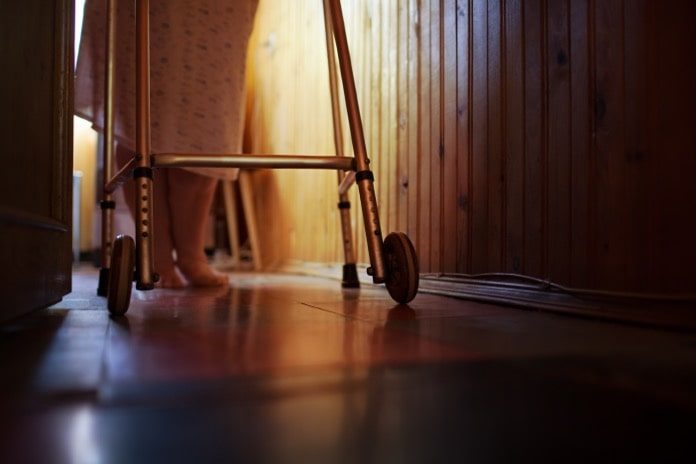 In Canada, the prevalence of dementia is 25% in individuals over 85 and around 62% amongst residents in continuing-care facilities. The behavioral and psychological symptoms of dementia are very distressing for patients and their caregivers, with almost half of sufferers displaying aggressive behavior.

Although there is limited evidence of their beneficial effects, doctors frequently prescribe antipsychotic drugs or the antidepressant trazodone to relieve behavioral symptoms in elderly dementia patients. Antipsychotic drugs have side effects in the elderly and are associated with falls and fractures, heart attack and pneumonia.

As trazodone is considered to be a safer alternative, it is increasingly prescribed for dementia patients in Canada. However, studies show that trazodone can also cause side effects in the elderly such as drowsiness, dizziness and low blood pressure, which are risk factors for falls.

Researchers in Ontario, Canada compared the fracture and fall risk in elderly dementia patients taking antipsychotic drugs or trazodone. They recently reported their findings in the Canadian Medical Association Journal.

The researchers used health administrative databases to collect information on dementia patients over 66 years living in long-term care, who were new users of antipsychotics or trazodone between December 2009 and December 2013. They compared the rate of falls or major fractures within 90 days of the first prescription of the drugs.

The researchers concluded that trazodone was not a uniformly safer alternative to antipsychotics in elderly dementia patients, as it was linked to a similar fracture and fall risk. Dr. Watt, the lead author, commented, “ We hope this information can be used to inform conversations that patients and caregivers are having with clinicians about the benefits and risks of different treatment options.”

Dr. Watt also emphasized the importance of considering non-drug approaches for managing behavioral problems in older adults with dementia, including behavioral, environmental and caregiver support measures. This could reduce the risk of falling and fractures associated with the side effects of drug treatments.