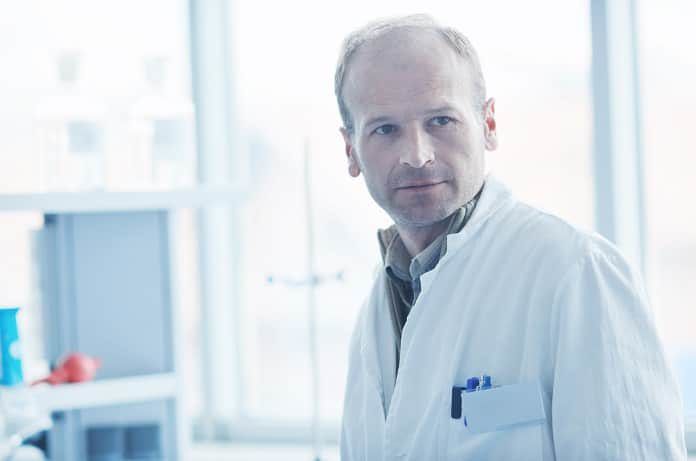 In hopes to find a new treatment for Alzheimer’s, researchers determine if toxic tau tangles are the primary drivers responsible for the disease.

Since scientists discovered that the gene variant ApoE4 was responsible for multiplying the risk of developing Alzheimer’s disease fourfold, researchers have been investigating the association between ApoE and both β-amyloid and the tau protein. Understanding these associations and how they link with disease progressions subsequently enables new targets to be identified for developing novel therapeutics to treat Alzheimer’s.

Surprising results regarding the tau protein were revealed recently in a US study discussed in Science. They took mice which were genetically engineered to produce a version of the human tau protein found in neurodegenerative diseases and cross-bred them with mice expressing human variants of ApoE gene variants including ApoE4, ApoE3, and ApoE2. They were also cross-bred with mice which had ApoE4 disabled.

Brain tissue from all four variants was examined and revealed that all mice carrying the human variants ApoE4, ApoE3, and ApoE2 had toxic tau tangles and neurodegeneration, with the most profound degeneration found in mice with the ApoE4 variant. In comparison, mice with no ApoE gene present had little or no neurodegeneration.

Furthermore, the results suggested that the most toxic effects of ApoE4 are actually in response to the tau protein and not the amyloid protein, which had been previously hypothesized as the major component contributing to disease progression. This was evident when the researchers took some of the brain’s immune cells from the mice expressing ApoE4 and grew them in a culture with neurons which contained human tau protein. An inflammatory response was activated by the immune cells which resulted in the killing of neurons.

Therefore, it is now believed that the β-amyloid protein plays a pivotal role in triggering the onset of Alzheimer’s disease, whereas, the tau protein causes later damage including neuronal death. These findings, including the discovery of this mechanism by which ApoE4 has a direct influence on the tau protein, provides not only significant insights into the pathology of Alzheimer’s disease but also aids the development of novel Alzheimer’s therapies which can target toxic tau tangles.