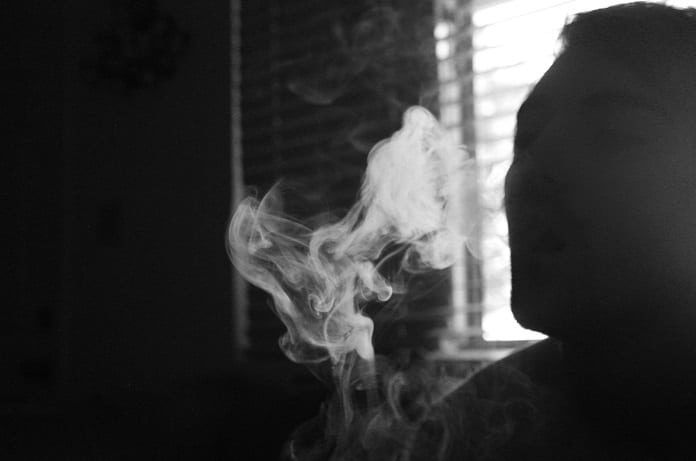 A new study looked at the combined effects of smoking tobacco and cannabis on the occurrence of psychotic experiences in a group of adolescents.

The effects of cannabis have long been discussed in relation to psychosis, and in light of the upcoming cannabis legalization in Canada, this issue is more relevant than ever. Tobacco use has likewise been studied and some studies have found evidence of a connection between smoking cigarettes and psychosis. The link between cannabis and psychosis has been shown many times across many different studies, using many different methods. However, it is very problematic to design and conduct an experiment that will effectively determine the causality of cannabis or tobacco on psychosis.

Firstly, there is the problem of confounds, a term used to describe any external variable that may affect the relationship being studied. For example, hypothetically, if you attempt to study the relationship between smoking and cancer, you may find that there is a correlation. However, there might be a third variable that is connecting the two variables, for instance, a gene that predisposes people to smoke and at the same time predisposes them to cancer. In that case, there may be no real cause and effect relationship between smoking and cancer.

Does Cannabis Cause Psychosis?

Tobacco has been linked to psychosis via a location in a gene that is associated with both the disorder and the smoking. However, there may be a confounding variable complicating the relationship. Furthermore, there may be a reverse causality problem, in which case the psychosis will actually cause the predisposition to smoking. Therefore, it is difficult to study the causality between smoking cannabis and tobacco, and psychotic episodes.

In this study, conducted in the UK and published by JAMA Psychiatry, researchers worked to eliminate these problems. The researchers decided to use an approach whereby they would study the participants over a long period of time, and assess their behaviour, classifying them into either non-smokers, early-onset or late-onset tobacco-only smokers, and early- or late-onset cannabis smokers (with or without tobacco). The researchers then assessed whether any of these classes have a higher incidence of psychotic experiences. Further, they assessed those results against several possible confounds. And finally, they attempted to determine a connection between childhood psychotic experiences and later tobacco or cannabis use.

The researchers chose 5,300 participants(approximately half male, half female), from whom certain data had already been collected over the previous years.They took measurements regarding their smoking habits at six points between the ages of 14 and 19 years. The data was then summarized for each participant, at each point in time, as never smoked, smoked tobacco only, or smoked cannabis (with or without tobacco). Further, the researchers assessed for psychosis-like symptoms at ages 12 and 18 years. These symptoms include hallucinations, delusions, and thought interferences. Note that these were not measures of a definite psychotic disorder, just of an experience.

Furthermore, the data which they collected was adjusted against several potential confounds. While there are many possibilities, the researchers chose to concentrate on sex, maternal education, maternal smoking during pregnancy, and the child Strengths and Difficulties Questionnaire score (which measured emotional and behavioural problems at age 9).

The Association was Stronger for Cannabis

The results of the study have shown, initially, that there was a strong correlation between early-onset cigarette-only smokers, cannabis smokers (with or without tobacco), as well as late-onset cannabis smokers, and experiencing psychotic symptoms by the age of 18 (as compared to non-smokers). No such correlation was observed for late-onset cigarette smokers. However, once the researchers have adjusted their findings with the confounds mentioned above, the results showed a significant decrease in the correlation between cigarette smokers and psychotic experiences. Cannabis smokers, however, remained significantly likely to develop a psychotic experience.

These findings may indicate that there is a relationship between the consumption of cannabis and the experience of psychotic episodes. However, there was no significant difference with regards to the age when the smoking of cannabis began.With regards to tobacco use (early-onset), however, it seems that the correlation may be more related to their environment or behaviour than to the tobacco consumption itself.

Moreover, the researchers assessed whether the sample of children who had a psychotic episode by the age of 12 years would be more or less likely to smoke either cannabis or cigarettes. They have determined that there is no such relationship, contradicting the self-medication hypothesis that other studies have shown.

The study nonetheless faced many limitations. Firstly, the sample was mostly of European ancestry. Further, since it is not possible to segregate the cannabis users who smoke tobacco from those who do not, it is not possible to study whether the effects of tobacco exacerbated the effects of cannabis. There has been evidence that smoking tobacco mixed with cannabis increases the amount of THC (the active ingredient in cannabis) in the blood. Moreover, heavy cigarette smokers are often also cannabis smokers, and thus it is hard to study how the heavy consumption of tobacco may affect the results. The researchers were also unable to differentiate the frequency of cannabis use between the subjects.

Additionally, a psychotic experience is a poor predictor of a psychotic disorder. In order to determine the long-term effect of THC on the development of chronic psychosis, ex-cannabis users must be studied(since by that point the THC has completely left the body). However, the one study that attempted to look at that was only able to find a few ex-cannabis users. The researchers hope that they could return back to this study in the future as a follow-up, and attempt to determine such a relationship.