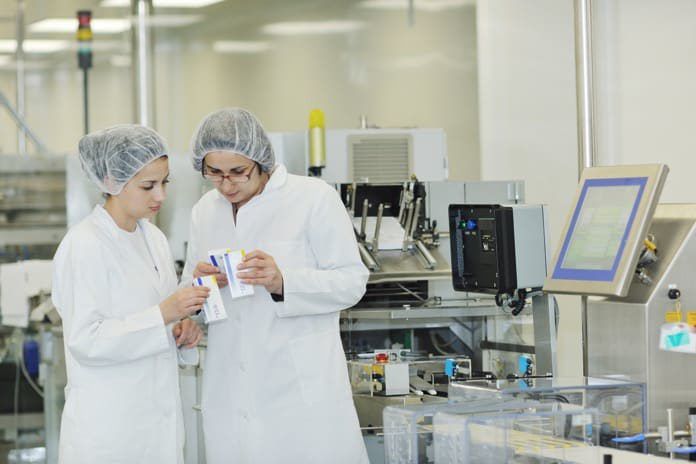 In the ATLANTIC study, researchers investigated the clinical activity of the immune checkpoint inhibitor, durvalumab, in the treatment of lung cancer.

Advancements in science have led to an increase in treatment options for patients with advanced non-small-cell lung cancer. These advancements include targeted treatments for patients with specific mutations in EGFR tyrosine kinase and anaplastic lymphoma kinase (ALK). These are receptors in the body responsible for cell signalling and activity, and disruptions in their pathway can lead to cancer. If patients carry the mutation, they are considered to have an EGFR+/ALK+ status and patients lacking these mutations have an EGFR-/ALK- status.

Another target identified as a potential marker for treatment effect is the protein molecule, PD-L1. The protein PD-L1 is expressed by tumour cells as an evasion mechanism from the body’s immune response. Durvalumab is a monoclonal antibody designed to block the activity of PD-L1, thereby allowing the body’s immune response to properly recognize and kill tumour cells.

In the ATLANTIC study published in The Lancet Oncology, researchers in South Korea published their findings on the effects of durvalumab in advanced non-small-cell lung cancer patients with varying EGFR/ALK status and PD-L1 tumour expression.

They completed their investigations in three different groups of patients selected from study centres across the world in Asia, Europe and North America. To be eligible for the study, researchers looked at the patients’ disease progression or recurrence after a previous course of at least two different treatment regimens. Researchers excluded patients with a diagnosis of mixed non-small-cell lung cancer, prior exposure to an anti-PD-L1 drug, or an immune disease. They included 444 patients in the study.

The three groups of patients included:

All patients in the study received an IV infusion of durvalumab at a dose of 10mg/kg every two weeks until the disease was confirmed to have progressed, or intolerable toxicity occurred, or up to a maximum of twelve months.

The researchers performed regular clinical, laboratory, tumour and adverse effect assessments before and throughout the study. They primarily investigated the achievement of a confirmed objective response to durvalumab treatment. Secondary outcomes included overall survival, progression-free survival, control of disease, the duration of response and time to a response.

Durvalumab therapy has a role for patients with EGFR+/ALK+ status

The study found that patients in the first group achieved a lower response rate compared with those with EGFR-/ALK- status. However, tumour expression of PD-L1 encouraged a stronger response to durvalumab regardless of their EGFR and ALK status. Further, patients with at least 25% of PD-L1 tumour expression saw a higher objective response and higher overall survival with durvalumab treatment.

The researchers observed a good sustained response in responsive patients across all three groups, with or without PD-L1 tumour expression. Durvalumab also demonstrated an acceptable tolerability profile as most adverse events observed were not severe and immune-related adverse events were managed with treatment. Subsequently, the percentage of patients who discontinued durvalumab due to adverse events was low.

Durvalumab is comparable to other immune-targeting antibody treatments

Durvalumab’s activity is comparable to other immune-targeting antibody treatments previously studied in non-small-cell lung cancer patients, such as nivolumab and pembrolizumab. The findings of the ATLANTIC study add to the growing body of evidence on the effectiveness of immune checkpoint inhibitors in treating this type of lung cancer. The study demonstrates the clinical activity of durvalumab and its potential benefit in patients with a higher tumour expression of PD-L1.

How does chemotherapy for breast cancer affect heart function?