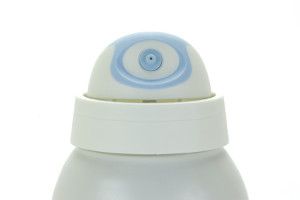 Recent years have seen an increasing interest in understanding how the use of commercial products for hygiene and other purposes affects the human body.

Some research in this area has examined variations in bacterial communities (microbiome) present in various body structures, such as the saliva, the skin, and the digestive tract. While variations in bacteria exist naturally from one individual to another, scientists are interested in understanding how those variations may be increased, decreased, or otherwise influenced by the presence of products we use every day.

Researchers examined the samples to identify changes not only to the overall quantity of bacteria, but also to the types of bacteria, and the number of different bacterial varieties present in the sample.. Several results were observed:

Researchers believe that the different effects of antiperspirant versus deodorant on quantity of bacteria are explained by two key differences between the products: (1) many deodorants are ethanol-based and likely more water soluble, thus easier to wash away than antiperspirants; and (2) antiperspirants contain aluminum-based salts that physically block sweat glands, thus reducing resources necessary for the growth of bacterial communities.

The wider variety of bacteria present in antiperspirant users after ceasing use is suspected to result because antiperspirant dramatically reduces quantities of the dominant bacterial species, thereby creating more opportunities for rare species to become established. Researchers had expected to observe this effect with deodorant users as well, but in fact found that deodorant users actually had fewer species of bacteria in their armpits compared to participants who used no product.