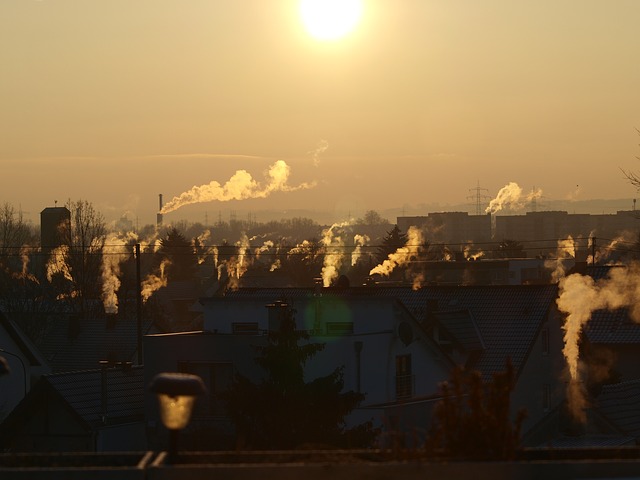 A research study across a large number of major Chinese cities shows that short-term exposure to air pollution is associated with increased hospital admissions for cardiovascular disease.

Air pollution is widely known to have a negative effect on the cardiovascular system. Particulate matter is anything in the air that is not a gas and includes both man-made and naturally occurring material. Fine particulate matter is considered a toxic component of air pollution and was responsible for approximately 4.2 million deaths worldwide in 2015. Air pollution and cardiovascular disease are intrinsically linked but the extent of the impact on hospital admissions has not previously been investigated.

As one of the largest developing countries and the highest producers of air pollution, China continues to battle the problem of air pollution and its negative effects on health. The country has taken measures to reduce air pollution and recent reports show that the average fine particulate matter found in the ambient air has dropped considerably when looking at 74 of China’s major cities. Despite this achievement in improving air quality, fine particulate matter, air pollution, and cardiovascular disease continue to be monitored to understand the impact on public health.

Published in the British Medical Journal, a large research study recently looked at hospital admissions due to cardiovascular disease caused by fine particulate air pollution. This study was conducted across 184 major Chinese cities investigating hospital admissions over a four-year period.

The study reported that in China, short-term exposure to fine particulate matter air pollution was associated with increased hospital admissions for all types of cardiovascular disease except haemorrhagic stroke, even where exposure levels did not exceed current regulatory limits.

China continues to address the severe problem of air pollution with a series of national policies and long-term plans to meet clean air targets. By making the association between air pollution, cardiovascular disease, and hospital admissions this study provides important data to help tackle the growing concern of air quality standards and public health.

Image by David Karich from Pixabay