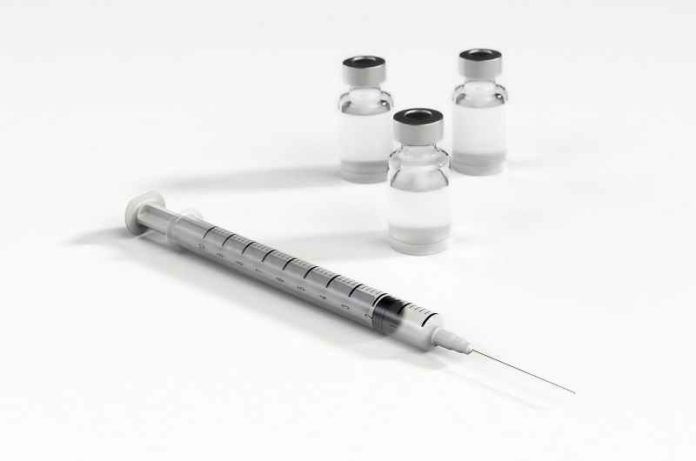 Androgen deficiency arises through abnormal levels of testosterone with increasing age, which leads to the onset of cardiac problems that may not be life threatening but significantly affect quality of life.  A new investigation by scientists of the United Nations revealed the significant association between testosterone replacement therapy with cardiovascular events in men with androgen deficiency.

Testosterone is an endocrine hormone in men that is produced by the testicles and plays a key role in maintaining muscle mass, enhancement in production of red blood cells, proper bone development and libido.  With advancing age, testosterone levels in the body decrease, thereby causing androgen deficiency and increasing the risk for coronary artery disease.  Depending on age, the symptoms of androgen deficiency vary but most commonly include a decrease in energy levels, mood swings, reduced muscle strength, and loss of sexual desire. Treatment commonly involves testosterone administration externally, and has a significant impact on the metabolic process related to insulin sensitivity, glucose levels in blood, and hemoglobin. Currently, low serum testosterone levels that come with aging are associated with increased cardiovascular (CV) events; however, testosterone replacement therapy (TRT) may have CV benefits.  An association between TRT and CV was addressed by American researcher Craig Cheetham and his team when studying TRT advancing age in men. The study findings were published in Journal of the American Medical Association (JAMA), Internal Medicine, 2017.

Among the total study subjects, 19.8% (n=8808) of men with a mean age of 58.4 years had dispensed TRT (ever-TRT) while 80.2% (n= 35527) had never dispensed TRT (never-TRT).  It was observed that there was a slight variation in the follow-up in the never-TRT group (3.2 years) when compared to ever-TRT group (4.2 years). Also, there was a higher rate of cardiovascular events in the never-TRT (rate of 23.9 per 1000 person-years)when compared with the ever-TRT group. (rate of 16.9 per 1000 person-years). In addition, the rate of composite cardiovascular events was 33% lower in the ever-TRT group. Similar results were also reported for combined stroke and cardiac event rates. Therefore, the use of TRT in men with androgen deficiency was linked to a significant reduction in CV risk.

In conclusion, treating androgen deficiency in men with TRT can also decrease the risk of CV events. The limitations of this study include improper criteria followed in selection of androgen-deficient men, lack of suitable testosterone tests before treatment, inconsistent results due to unmeasured potential factors and time limit, CV risk factor identification and bias in treatment groups.