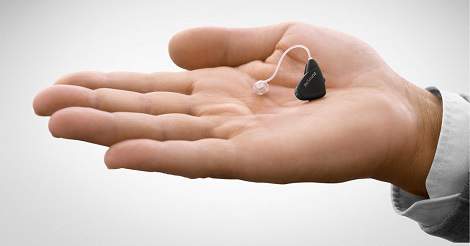 Presbycusis is the age-related loss of hearing, and is becoming increasingly common in society’s aging population. Despite its prevalence and negative impact on one’s quality of life, many are not able to purchase hearing aids due to high cost. A new over the counter device, TEO First®, has been clinically proven to be effective, and provides an affordable alternative to traditional hearing aids.

Presbycusis, the age-related loss of hearing, has a number of sources, all stemming from the effects of aging on the human body. It is the most common cause of hearing loss, and mild to moderate cases can be treated by an external hearing aid; however, traditional hearing aids can cost thousands of dollars, preventing much of the elderly population from purchasing these devices. Hearing loss can negatively affect many aspects concerning one’s quality of life, so it is important to make hearing aid devices as accessible as possible.

Different over the counter (OTC) hearing aids have been developed in an attempt to decrease the cost of these devices and make them more accessible to the elderly, but studies determined that they were generally not suitable for the elderly population. This study in BMC Geriatrics by Sacco et al. focuses on the TEO First® device, developed by Tinteo – Personal Sound© Society in France and its clinical value in treating presbycusis. Patients had to be novel hearing aid users sixty years or older with mild to moderate presbycusis whose hearing loss could be rehabilitated with a hearing aid and who were willing to wear the device on a daily basis. Following screening, thirty-one patients were included and were subjected to an initial audiometric assessment of hearing in silence and in noise, with and without the OTC device. Following forty days of use, the patients returned for a final visit, where they returned survey forms detailing a hearing profile, acceptability and satisfaction with the hearing aid.

Compared to baseline, the TEO First® device improved speech audiometry, a measure of the patient’s ability to detect speech, and pure tone audiometry, a measure of the patient’s ability to detect sound, in both silent and noisy environments. From the surveys, the patients’ quality of life improved, including the following factors: decrease of perceived hearing difficulties during conversation without background noise, decrease of perceived hearing difficulties during conversation with several people, and decrease of negative emotions while watching television. A limitation of the study is the lack of a control group; however, the improvement in speech comprehension from baseline was great enough that researchers determined the placebo effect would not modify their interpretation of the results. Also, the post-use acceptability of the TEO-First® device was low despite high audiometric improvement values. This is likely a result of great expectations from the OTC device, as though it is a considerable improvement over baseline and previous OTC aids, it does not compare to the classical, more expensive devices. Finally, the length of the study means and a longer, more extensive study is required to determine the effects of long term use. Despite the flaws in the study, the improvements in quality of life and audiometric hearing performance with the OTC device prove its effectiveness in treating mild to moderate presbycusis.

The TEO First® device proved to be effective in improving quality of life and hearing. Its low cost makes it accessible to segments of the population that are unable to buy traditional prosthetic hearing aids. Though its performance is not comparable to the aforementioned prosthetic devices, it is an affordable alternative to traditional hearing aids for those with mild to moderate presbycusis who do not yet need an audiologist’s expertise in hearing rehabilitation or for those who are unable to purchase the devices due to cost.