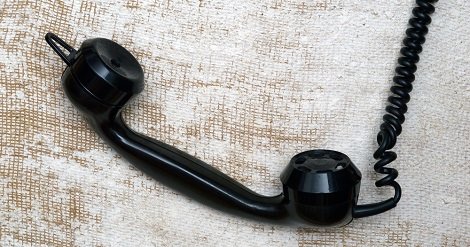 Through a prospective observational study, it was shown that the application of a telephone CPR (TCPR) bundle of care had improved survival rates and favourable functional outcomes

While cardiopulmonary resuscitation (CPR) training has been provided to the general public for decades, less than 50% of all individuals suffering from cardiac arrest receive any bystander CPR (BCPR). Cardiac arrest is the sudden loss of heart function in an individual who may or may not have heart disease, and is often caused by irregular heartbeats. In particular, cases of out-of-hospital cardiac arrest (OHCA) are especially problematic in the United States. CPR is a relatively simple yet effective survival technique; however, time is of the essence. Due to the dramatic rise of cell phone usage in public and universal access to contacting 9-1-1, an increase in occurrences of bystander CPR is highly achievable.

Through an original investigation reported in JAMA Cardiology, a group of researchers had conducted a prospective (before vs. after analysis) observational study of adult patients with OHCA to examine the effects of a TCPR bundle of care on survival after hospital discharge and favourable functional outcome. The bundle included guideline-based TCPR protocols, telecommunicator training modules, data collection through call audits, reporting, and feedback for OHCA. The main focus of the protocols was to ensure the prompt start of CPR when the patient is unconscious and experiencing abnormal breathing. Proper teaching and training of about 250 telecommunicators also allowed for early cardiac arrest and gasping (agonal breathing) identification, as well as the delivery of immediate instructions until medical emergency professionals arrive. When individual telecommunicators required coaching during a call, supervisors from 9-1-1 centers were able to provide instantaneous feedback. Calls were recorded and matched to confirmed reports, and patient outcomes were determined from information provided by participating hospitals and the Arizona Office of Vital Records.

This bundle of care was implemented in two regional dispatch centers covering the metropolitan area of Phoenix, Arizona, where OHCA is a major health issue. The study population consisted of adult patients, of which 64% were male and had a median age of 63, with EMS-treated but bystander-witnessed OHCA. The study also comprised of two different periods of testing, P1and P2, due to limitations of administrative and logistic nature.  Altogether, data was obtained from two 9-1-1 centers, thirty different EMS systems, and twenty-two hospitals. With the 9-1-1 data, the investigators were able to encapsulate pertinent information on the interaction between the telecommunicator and bystander. The EMS data provided further details of the incident as well as clinical outcomes. Last but not least, hospital data allowed for cross-referencing and to evaluate for favourable functional outcomes as defined by good cerebral performance.

After statistical analysis, the findings suggested that the TCPR bundle is an effective method for increasing the frequency of BCPR and survival when properly implemented. The investigation resulted in notable improvements such as a 9.3% increase in TCPR rates, a 44 second decrease in time before first chest compression, as well as a 31.8% relative increase in survival and 42.8% relative increase in favourable functional outcome. It is important to note that this investigation is a prospective controlled study and not a randomized clinical trial, although unethical in this case, and that unknown factors can influence the results. However, since this study involved the implementation of TCPR on a large-scale in the real world, the generalizability of the results is still considerably high. In addition, the findings further emphasize the need for a nonstop telecommunication program and properly trained personnel. The investigation demonstrated that this organized approach is not only practical, but also inexpensive. Hence, TCPR offers an optimistic outlook towards patient outcomes after OHCA.