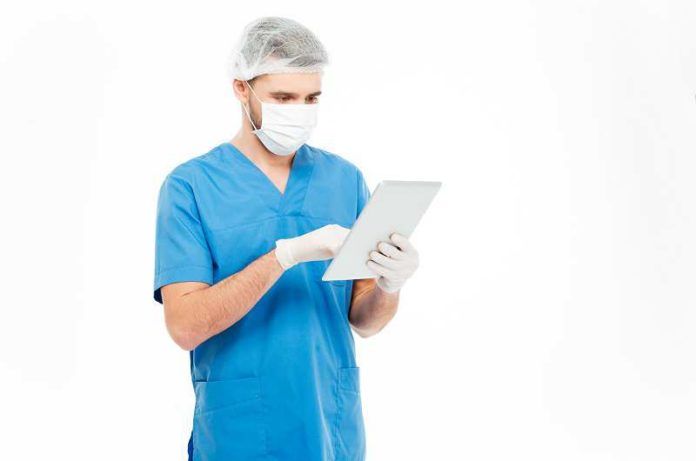 Strokes are a leading cause of brain damage and death, and the time to treatment is a crucial determinant of recovery. Taqui and colleagues find that using telemedicine for stroke diagnosis cuts time to treatment by 40 minutes.

Strokes are a common condition that can cause permanent brain damage or death. Strokes are the third leading cause of death in the United States and the leading cause of long-term disability affecting approximately 800,000 people per year. The majority of strokes are ischemic strokes. Ischemic strokes occur when a clot in a blood vessel blocks blood flow to a part of the brain. Doctors treat ischemic strokes via thrombolysis—that is, by breaking up the clot. The faster the clot is destroyed, the better the outcome for the patient.

In the journal Neurology, Taqui and colleagues test the role of telemedicine in improving the speed of diagnosis and treatment in ischemic stroke patients. Telemedicine refers to the practice of performing medical consultations and diagnosis remotely. New technologies like high-speed internet and video conferencing make telemedicine possible.

Taqui and colleagues’ sample consisted of 153 stroke patients brought into the Cleveland Clinic by ambulance. Of these, 100 patients (telemedicine group) were evaluated and treated using a mobile stroke treatment unit. This refers to a CT-equipped, telemedicine-enabled ambulance. With the specialized equipment in the ambulance, a team of doctors evaluated the patient and their CT scans remotely. Evaluations allowed emergency medical technicians to perform thrombolysis in the ambulance. The remaining 53 patients (control group) were taken to the hospital emergency room in a traditional ambulance. Doctors diagnosed and treated these patients at the hospital.

The results of Taqui and colleagues’ study agree with results from similar trials in Berlin, Germany and in Houston, Texas. These studies showed time to treatment differences of 34 and 24 minutes, respectively. The average time difference was higher in the Cleveland Clinic study. This may be a result of the layout and population density of the city. The effectiveness of specialized stroke units depends on many factors, such as the speed of wireless internet networks in the area. However, these results favor the use of telemedicine for stroke diagnosis.

A limitation of the study is its small sample size. Further, the control group was retrospective, meaning that the control group consisted of patients that had already been treated at the start of this study. This results in a less well-designed control group. Regardless, the study gives evidence for the advantages of telemedicine-enabled ambulance based thrombolysis.