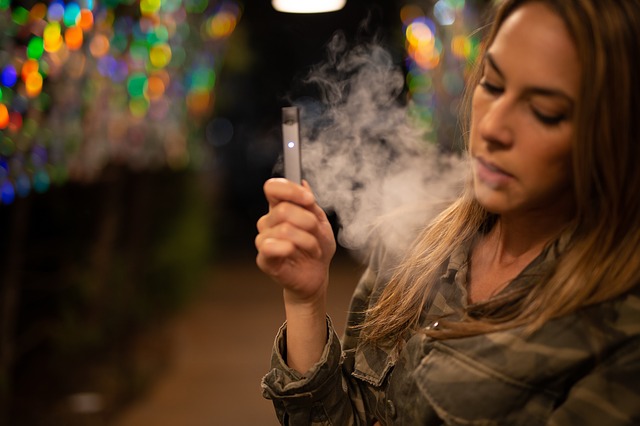 A recent study analyzed vaping trends among adolescents from Canada, England, and the US.

Smoking has been a global public health concern for a long time. The toxins produced with the combustion of cigarettes are responsible for smoking-related diseases. Electronic cigarettes (e-cigarettes) avoid this problem by evaporating a liquid substance, which may or may not contain nicotine. These new devices are less harmful than traditional cigarettes, but their safety is still matter of debate. The growth of the vaping device market, combined with regulatory changes, highlight the need to monitor teen smoking and vaping. A research team led by Dr. Hammond from the University of Waterloo, Canada, set out to discover changes in teen smoking and vaping trends between 2017 and 2018 in Canada, England, and the US. Their results were published in the BMJ.

Online surveys conducted as part of the International Tobacco Control Policy Evaluation Project (ITC) provided the researchers with data on vaping usage. The surveys involved approximately 13,000 participants aged between 16 and 19 years from Canada, England, and the US. The surveys asked the participants questions about smoking and vaping habits, including device preferences. The researchers found that the frequency of vaping in adolescents increased between 2017 and 2018 in Canada and the US, but not in England. This increase emerged from all the categories assessed, which included use of vaping devices ever, in the last month, in the last week, and in 15 or more days during the past month. The results also confirmed that the use of JUUL by young people increased in all countries, especially in Canada and the US. JUUL belongs to a new generation of vaping devices, which deliver higher amounts of nicotine compared with other e-cigarettes. In England, these new e-cigarettes are regulated in a way to contain less than half the concentration of nicotine allowed in Canada and the US. Marketing restrictions on vaping products are also in effect in England, and may be responsible, together with lower nicotine content, for the lower incidence of vaping. The association between vaping and smoking in adolescents is another source of concern, and this study found that the frequency of teen smoking increased in Canada and to a lesser extent in England, while it did not in the US.

The findings of this study indicate an increase in vaping among young people in Canada and the US, and support the belief that use among adolescents is contributing to the increasing popularity of devices such as JUUL. While it seems likely that marketing regulations might have a role in influencing usage, future studies are needed to confirm this association. The rapid evolution of vaping markets underlines the need for further monitoring to ensure an effective balance between measures that allow established smokers an easy access to these products but that at the same time protect young people.