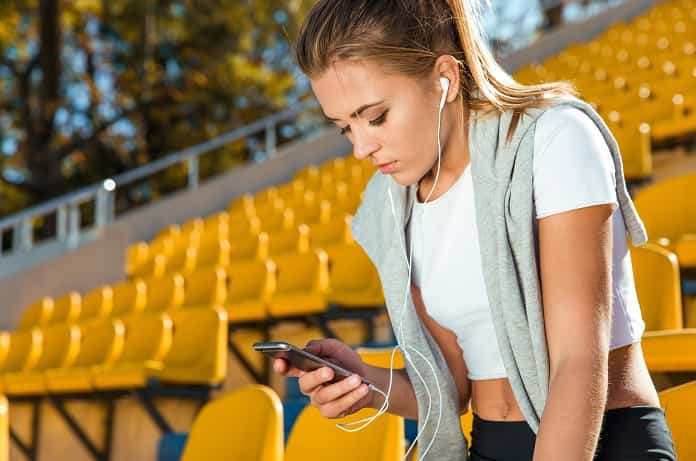 Adults are encouraged to participate in at least 150 minutes of moderate physical activity or 75 minutes of vigorous exercise per week as recommended by the Centers for Disease Control and Prevention (CDC).  Previous studies have shown that these levels of physical activity can help to prevent obesity as well as a number of chronic conditions such as type 2 diabetes and cardiovascular disease. They can also help to prevent certain cancers like colon and breast cancer improve general well-being quality of sleep, reduce depression, and increase cognitive capacity.

However, several factors such as technology use, sleep, and sociodemographic characteristics could affect the recommended levels of physical activity. How has technology affected people’s activity levels?

Technology use, sleep, and ethnicity may affect physical activity

The increased use of technology might affect young adults’ health behaviour, including physical activity. It could reduce the cardiorespiratory fitness of the college students if they consistently use their mobile phones or other gadgets instead of engaging in active activities.

Studies, however, have shown mixed results among male and female students. In previous research, sedentary technology use (i.e. desktop computers) was associated with less activity in males, but not in females.

Additionally, sleep may impact activity. For instance, sleep is vital in maintaining normal function, but college or university students often experience sleep deprivation. In this case, short-term sleep loss might be associated with decreased levels of physical activity.

A study recently published in BMC Public Health aimed to identify physical activity levels among undergraduate and graduate college students who were enrolled in college and assess the relationship between sociodemographic (e.g. sex, race/ethnicity) and behavioural factors (e.g. sleep, technology use) that are associated with physical activity. Many young adults in college or university are beginning to establish their long-term health habits and the researchers emphasized that understanding the effects of various variables on their levels of physical activity is crucial to developing programs for long-term health.

The results indicated that on average, students used smartphone technology most often at about 4.4 hours per day, followed by laptops at around four hours a day.  They used desktops at about one hour per day and tablets at a half-hour per day. The students reported sleeping around 6.7 hours per night. The respondents were predominately male (69%) and 32% identified as a racial or ethnic minority. The majority of the students (60%) were also within the normal range for body mass index, with only 12% who were classified as obese.

The results showed that the majority of respondents met or exceeded the recommended physical activity guidelines. In fact, 85% of the college students reported having at least 150 minutes of moderate to vigorous physical activity per week, and only 15% did not. The results showed that the individuals who reported more than 150 minutes of vigorous physical activity per week were more likely to be male, and non-Hispanic white. They were also the highest users of technology and received low-moderate levels of sleep (not the lowest level).

Based on the results, the researchers found that both a minority status and being female were the strongest sociodemographic factors that are associated with insufficient activity levels.

On the other hand, high technology use, primarily by using a smartphone, was associated with higher physical activity levels. In contrast to previous assumptions, smartphone use may actually drive the physical activity levels and not the other way around. These students may be using technology while on the move, like walking or biking or exercising in the gym, and could actually be using these devices to monitor their movements.

The study participants indicated that they use their technology devices for recreation and also for work. In this case, the researchers failed to gather information about the types of activities that the students were using.

There are limitations in the study that were discussed by the researchers. They were not able to draw conclusions confirming cause and effect – for example, a lack of physical activity is due to technology use. This is because of the observational nature of the study. Because the study was limited to college students, the findings may not be widely generalizable to other populations. In addition, the participants reported higher than average levels of activity, which may not represent other college students.

This important study provides information for policymakers and healthcare providers interested in increasing levels of physical activity in the population. Interventions aimed at females and ethnic minorities will be important. With its ever-increasing use, technology will continue to impact our lives and our health in sometimes surprising ways.