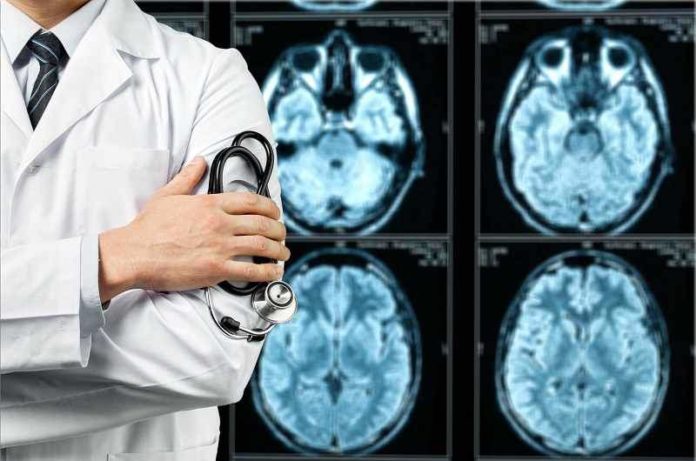 Selective binding of a tracer molecule to a specific protein, particularly one that is hyperphosphorylated can help researchers understand the contribution of tau and amyloid proteins to the pathogenesis of Alzheimer’s disease. A recent study that used flortaucipir achieved this, and found that hyperphosphorylated tau contributed to disease pathogenesis more so than amyloid protein.

Alzheimer’s disease (AD) is characterized by behavioral changes and memory loss as a result of neurodegeneration. The associated cognitive impairments dent a patient’s ability to perform problem-solving skills, and destroy visuospatial and reasoning capabilities. AD accounts for approximately 60-80% of all dementia cases and affects nearly 750,000 Canadians. The economic cost of age-related dementia is expected to grow from the current ~$33 billion to $293 billion in 2040, affecting nearly 1.4 million individuals worldwide. The familial form of AD accounts for 2-5% of the cases, while 95% are sporadic. The neuropathogenesis of AD is characterized primarily by accumulation of b-amyloid protein, which aggregates into soluble toxic oligomers in specific regions of the brain and forms extracellular senile plaques, and hyperphosphorylated tau, which has now been demonstrated to be involved in thinning of the cortex. The preclinical triple transgenic mouse model revealed that the progression of lesion formation in the brain follows the sequential establishment of b-amyloid formation followed by hyperphosphorylation of tau leading to loss of synaptic function, supporting the amyloid cascade hypothesis that was floated over 25 years ago.

As well, the formation of neurofibrillary tangles, which are lesions formed as a result of hyperphosphorylation of the tau protein (until now being a side actor in this show), has now been revealed to play an important role in the pathogenesis of AD. The extraordinary level of imaging using positron emission tomography (PET) and magnetic resonance imaging (MRI) has shown that when the entire brain is included in the determination of regional cortical atrophy, there is a high association between levels of hyperphosphorylated tau and cortical atrophy but this was not seen with b-amyloid. To enable imaging, a group led by C Xia at the Massachusetts General Hospital and Harvard Medical School used [18F]AV-1451 or flortaucipir, a tracer that specifically and strongly binds to AD tau tangles, in 6 patients – 3 with typical amnestic AD and 3 atypical variants. These authors found that the signal generated by flortaucipir on PET imaging was a valid marker of clinical symptoms and neurodegeneration and that neuronal dysfunction was associated with tau deposition.

There is a spectrum of pathologies in AD, some of which are generated due to b-amyloid deposition while others may be due to dominance by hyperphosphorylated tau. This suggests that disease-modifying therapeutics may not only have to be tailored to the patient’s b-amyloid levels and hyperphosphorylated tau deposits but should also ensure that they do not affect the level of normal and native forms of the protein.