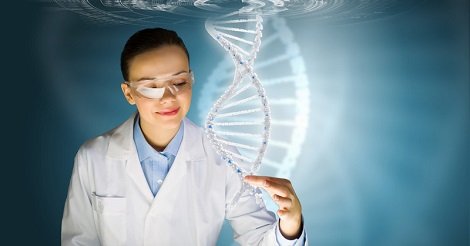 Non-coding DNA (ncDNA) is the DNA within a genome that does not code for any proteins. Instead, it is responsible for many regulatory roles within the cell, including regulating transcription and translation (for protein development), regulating cell division, and structural organization. One of the most important functions of ncDNA is its role in regulating the expression of genes. Enhancers and silencers are ncDNA which bind to genes in the genome and interact with them to either activate or inactivate their expression, respectively.

ncDNA has been linked to many genetic diseases, like multiple types of Cancer, Parkinson’s Disease, Down Syndrome, and Crohn’s Disease. This is because most genetic mutations that are associated with disease occur in non-coding DNA (like enhancers), rather than in coding DNA. Scientists are trying to find out which genes enhancers act on, in order to link mutations in non-coding DNA with diseases. Understanding gene-enhancer interactions could result a stronger understanding of diseases and new therapeutic targets. The problem lies in the difficulty of finding which genes enhancers act on; it was previously thought that enhancers act on the genes they are closest to on the genome, but recent studies show that enhancers are able to act on genes very far away, making the prediction of interactions very difficult.

In a new study published in Nature Genetics, researchers have reported the development of the TargetFinder, which can predict where non-coding DNA interacts with genes with a high success rate. When an enhancer is far away from the gene it interacts with, interaction is carried out by the formation of a 3D loop, like a bow, on the genome. In disease progression, the loop that forms between an enhancer and a gene breaks, resulting in improper silencing of said gene. To make a successful prediction model, researchers studied known enhancer-gene loops to find similar patterns (such as the reoccurrence of specific DNA-binding proteins) in their 3D structure. TargetFinder works to find enhancer-gene interaction loops by looking for these specific patterns in all found 3D structures within the genome.