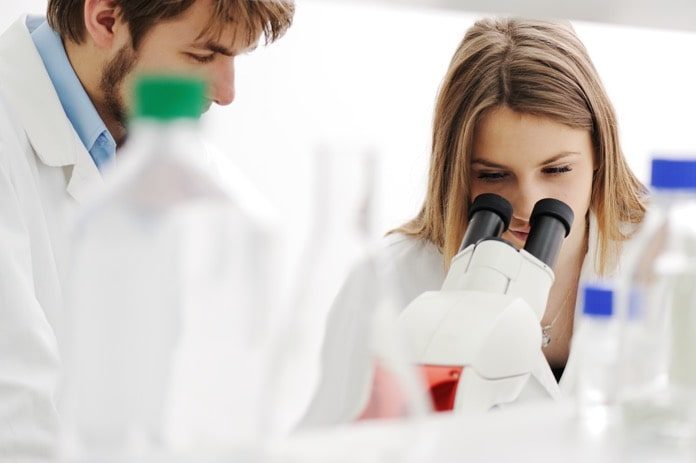 A recent study in Journal of Cell Biology revealed a new molecular node that could be pharmacologically targeted to treat BRCA-1 deficient ovarian cancers.

Environmental stresses can introduce breaks within our genomic DNA. Such errors are highly deleterious to the cells. Therefore our cells deploy multiple genome repair mechanisms in order to avoid the occurrence of genome damage.

BRCA-1 and 53BP1 are two key repair proteins that are made specifically to repair DNA double strands breaks. These proteins are primarily responsible for repairing DNA damage through two biological pathways. The activation of these proteins upon DNA damage and can either give the cells enough time to repair the damage or kill the damaged cells before they transform into cancer.

Cells that carry mutations that compromise the function of BRCA-1 lack the ability to repair genome damage. This, over time, can transform into cancer. In fact, individuals with mutated BRCA-1 have dramatically increased susceptibility to develop breast and ovarian cancer.

While cells with defective BRCA-1 or those that lack BRCA-1 are highly sensitive to a class of drugs called PARP inhibitors, many cancers can develop resistance to these inhibitors. This is potentially due to the development of alternative pathways that allow cancer cells to persist despite the pharmacological blockade of BRCA-1-defective and BRCA-1 deficient cancer cells.

Scientists from Washington University School of Medicine in St. Louis, United States have identified a compensatory mechanism that could play a part in fueling chemo-resistance in BRCA-1 deficient cancers. They published their results in the Journal of Cell Biology.

The scientists stumbled on this discovery while studying the cellular function of a different protein called 53BP1. They found that two proteins called TPX2 and Aurora A form a complex which then inhibits the activity of 53BP1. The activation of 53BP1 is thought to be an alternative DNA damage repair mechanism that kicks in once BRCA-1 function has been compromised.