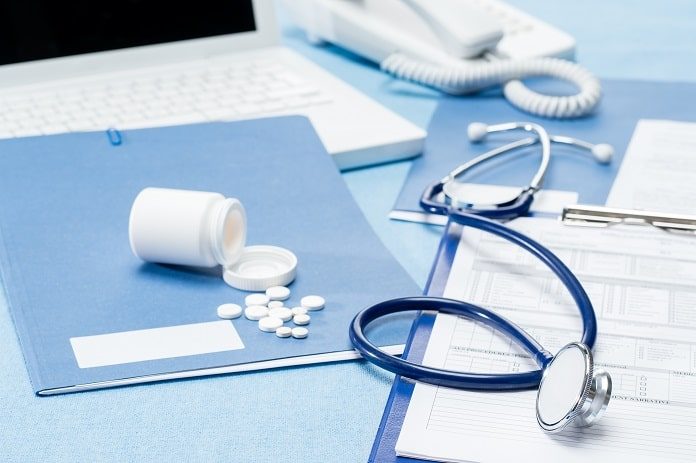 A new study suggests that statins are vastly underused in the prevention of atherosclerotic cardiovascular disease.

Today’s celebrity media cycles follow a distinctive pattern. Fresh-faced young stars are rapidly launched to impossible heights. Then, just as quickly, media outlets begin uncovering enough dirt to tear down the stars they had built up.

What’s all this got to do with statins and atherosclerotic cardiovascular disease (ASCVD) you might ask?

Well, pharmaceuticals are not immune to this cycle, though, with medicines, it tends to take a little longer. In the 1990s, statins were media darlings. They received almost universal acclaim as the wonder drugs that would solve hyperlipidemia. In recent years, however, the coverage has shifted. Of late, whenever statins make headlines, the focus tends to be on the risks associated with statin use.

Consequently, the findings of a retrospective observational study recently published in the Canadian Journal of Cardiology are alarming but unfortunately unsurprising. The research team gathered data from a wide variety of electronic health systems in the Alberta region of Canada to examine statin prescribing in patients with a history of ASCVD.

Let’s take a deeper look at these two statistics separately.

Firstly, the staggering figure that one-third of patients with clinical ASCVD is not being prescribed a statin. On the face of it, this is an unacceptable treatment gap. But, are there any factors that might cast this stark conclusion in a softer light?

The authors note that the 2013 Canadian Cardiovascular Society guidelines indicate statin use to reduce dyslipidemia in clinical atherosclerosis. Whilst this holds true as a general guideline, there are patient groups for whom it may not be appropriate.

The updated 2018 version of the guidelines emphasizes a healthy lifestyle as the “primary intervention for metabolic syndrome” in all age groups (1). In particular, for the 20 to 39-year-old age group, attempts to reduce LDL cholesterol using diet and exercise may be preferable as an initial treatment option, with statins held in reserve.

Similarly, at the other end of the spectrum, it may not be suitable to prescribe statins to patients over the age of 75. The decision to prescribe statins is largely based on a ten-year ASCVD risk score. For patients over the age of 75, quality of life and avoiding potential side effects will often be viewed as more important than reducing a ten-year ASCVD event risk.

This study included all patients over the age of 18. Although a more detailed age breakdown was not available, approximately 24.5% of patients were under 55 years and almost half (49.56%) were over 65.  It is possible that a significant chunk of the patients who were not being prescribed a statin could have fallen into either the 20-39 year age group or the over 75 age group. However, even accounting for the patients at either extreme of the age spectrum, the overall finding of a significant treatment gap remains robust.

The second finding, that many of the patients who were being prescribed statins were not achieving the desired reductions, is equally alarming. The effectiveness of statins has been proven repeatedly, which means we must explore alternative explanations for this treatment failure. Adherence to treatment gives us one likely piece of the puzzle. Adherence to statins in this study was approximately 60%. This means that two out of every five patients were missing doses at least 20% of the days in the year. This sizeable chunk of the patient cohort regularly missing doses likely accounts for some of the failure to achieve desired reductions.

Furthermore, almost half of all prescriptions for statins were for moderate-intensity doses. The high level of treatment failure suggests that perhaps some of these patients should have been on a high-intensity regimen instead.

The implications of this study are significant. As the authors correctly note, the “treatment gap” in patients with ACSVD has been widely reported in other geographic regions. The conclusion is clear; a treatment gap exists and strategies to encourage statin prescribing and to improve adherence need to be explored.

The media has an impact on both prescribing and adherence. As the saying goes, “a lie can get halfway around the world before the truth has a chance to get out of bed”. We saw this dangerous reality in full effect with the infamous 1998 Lancet paper claiming a link between the MMR vaccine and autism. Despite this paper being publicly debunked and retracted, the damage it did to vaccination rates persists.

Of course, reporting on the adverse effects of statins is not a lie. However, an editorial in the Canadian Journal of Cardiology noted that media coverage of statins often focuses disproportionately on the risks and downplays their benefits (2). This will have a significant impact on both a patient’s willingness to take a statin and a prescriber’s willingness to prescribe them.

Finally, this retrospective, observational study based on electronically collected patient data serves as a glimpse into the future. We are in the age of “big data”. Studies of this kind will become more and more prevalent. Electronic healthcare databases and patient records are now ubiquitous and are gathering more sophisticated data than ever before. As data analysis techniques continue to improve, these electronic records represent a largely untapped mine of valuable information. This study perfectly illustrates how this information can be used to highlight prescribing patterns, identify treatment gaps, and hypothesize on both the causes of and solutions to the problems identified.