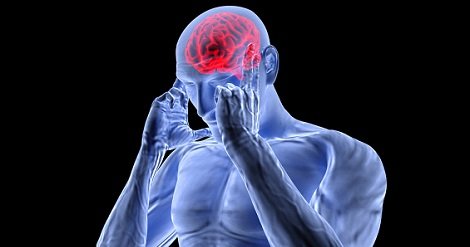 Meningitis is a disease characterized by the inflammation of the meninges (membranes) surrounding an individual’s brain and spinal cord. The inflammation normally triggers symptoms like headaches, fever, and a stiff neck. Other symptoms, like irritability, drowsiness, or confusion, can also occur in more severe cases. In the US, most cases of meningitis are the result of viral infections, but bacterial and fungal infections can also cause meningitis. If left untreated, bacterial (but not viral) meningitis almost always becomes fatal. Treatment includes the use of antibiotics, steroids, anti fungal, or analgesics, depending on the type of meningitis infection.

The meninges are the sum of three membranes, known as the dura mater, subarachnoid mater and pia mater. In a healthy individual, the meninges are responsible for surrounding the brain and spinal cord in order to protect these organs and the central nervous system as a whole.

A new study published in the British Journal of General Practice has reported of a strange link between meningitis and antimicrobials (drugs that kill or inhibit the growth of microorganisms). Researchers have observed that individuals who have had an antimicrobials prescribed in the previous year had an increased risk of meningitis. Previous research has suggested that the development of meningitis is the result of microorganisms (like fungi and bacteria) in the nasopharynx crossing mucosal surfaces to get into the bloodstream, and then moving into the subarachnoid space; however, the trigger for this method of infection is not well understood.

This new study analyzed data from a UK primary care clinical database and identified a total of 7346 cases of meningitis diagnosed from January of 1992 to March of 2014; these cases were then matched with controls. Researchers noted that of these cases, 45% were viral, 25% bacterial, and 30% were unspecified. Over one third of people with meningitis had received an antimicrobial prescription in the 12 months before their diagnosis, compared with only 20% in the control group. Researchers also determined that patients with meningitis were four times more likely than controls to have had an antimicrobial prescribed in the seven days before their diagnosis. Participants with four or more prescriptions for antimicrobials in the previous year were almost three times as likely to develop meningitis as their matched controls.