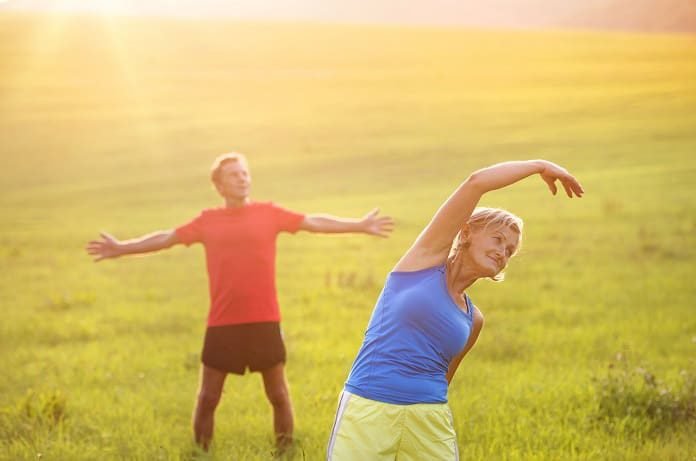 Researchers performed a pilot study to investigate the physiological mechanisms of tai chi on brain and muscle function in an aging population.

Tai chi is a moderate-intensity aerobic exercise that requires good concentration with breathing control. Previous studies have suggested that aerobic fitness has beneficial effects on neuronal integrity and viability. Tai chi has been found to strengthen the muscles in the lower limbs, especially in the knee flexor and the quadriceps. Other studies have shown tai chi’s association with improved cognition and neuroplasticity. This has led the scientific community to suggest tai chi may be of useful treating physical and psychological disorders, including stroke, Parkinson’s disease, traumatic brain injury, and depression.

Despite knowledge of the extensive benefits of the exercise, little is known about the beneficial mechanisms of tai chi. To obtain more information on these mechanisms, it is necessary to have non-invasive, objective measures of the physiological changes occurring in the brain and the body during tai chi training.

In a recent pilot study, researchers assessed the changes in brain metabolites and muscle energetics in an aging population after engaging in tai chi training. They assessed changes through combined brain-muscle magnetic resonance spectroscopy. They published their results in the Journal of Neuroimaging.

Studies on aerobic exercise have demonstrated that the health of nerve cells can be assessed by measuring N-acetylaspartate (NAA), a metabolite found almost exclusively on the cell bodies of neurons. This neuronal marker provides a direct reflection of neuronal cell number. This is significant as decreases in NAA levels indicate neuronal loss, a common observation in healthy aging, Alzheimer’s disease, stroke, multiple sclerosis, epilepsy, schizophrenia and bipolar disorder.

In biochemical assessments of muscle tissue, P-MRS quantifies mitochondrial function in muscle cells by measuring the rate of recovery of phosphocreatine (PCr) after completion of exercise. PCr recovery time is a good indicator of skeletal muscle mitochondrial metabolism and is a reflection of mitochondrial ATP synthesis in the recovery phase after exercise. These two measures can be used to track changes that occur in the brain and muscle as a result of mind-body interventions like tai chi or yoga.

Researchers prospectively recruited healthy older adults from a local community center. They selected participants who were 55 years old or older, had no tai chi training in the past 12 months, and were willing to participate in a 12-week tai chi class.

After the enrollment process, the researchers gave the participants 12 weeks of tai chi training from a certified teacher at Greater Boston Golden Age Centre in Boston, Massachusetts, USA. Participants attended at least two practices per week, each 60 minutes long. H- (brain) and P- (muscle) MRS scans were performed in a single session, before and after the tai chi training. The H-MRS was performed on the posterior cingulate gyrus in the brain, an area selected because of its sensitivity to a broad range of diseases.

The study results revealed that older adults who underwent 12 weeks of tai chi training exhibited significantly increased NAA/Cr ratios in the posterior cingulate gyrus, as well as, improved PCr recovery time in the leg muscles. The cingulate gyrus of the brain is involved in emotion processing and behaviour regulations.

These findings suggest that tai chi may be effective in promoting neuroplasticity (or, at least, having a protective effect on the neurons) and in increasing the oxidative capacity of muscles of the lower extremities in older adults.

A limitation of the study is its small sample size; these results are not generalizable to the general population and further studies need to be done, using a larger, representative sample size. Additionally, the authors suggest the use of different control groups to comparing tai chi to other methods of exercise such as aerobic exercise or yoga. This could provide more insight on the effects of tai chi training.

Previous research has shown that higher aerobic fitness levels in older adults have been linked to increased levels of NAA in the frontal cortex. Similarly, adults trained in endurance exercises also had significantly higher NAA/Cr levels in their frontal grey matter. These findings, coupled with those of the current study, provide a strong indication that engaging in some form of fitness, whether it be high or lower intensity may have benefits for the neurological health of aging populations.