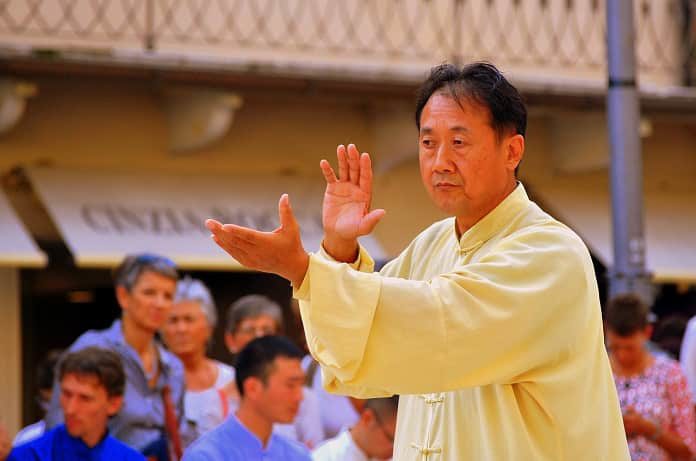 Often referred to as a “moving meditation”, tai chi is an ancient Chinese practice that centers on developing flexibility and whole body coordination. The martial art had been previously reported to have a range of physical benefits from relieving arthritis to improving posture. However, scientific evidence had always been lacking. In their paper published in Journal of the American Geriatric Society, the researchers combined the statistical data of ten separate studies to identify whether practicing Tai Chi had any effect at preventing accidental falls in older adults.

Falls are a Primary Cause of Death in the Elderly

Falls are one of the primary causes of traumatic death in the elderly. In North America, over 15% of older adults report at least one fall every three months, with 6% of these falls leading to life-threatening injuries. As a result, the direct medical cost of falls in older adults cost the US health system over $1 billion every three years. Many of the risk factors surrounding accidental falls include impaired balance or inadequate gait pattern, both of which can be improved with exercise programs such as tai chi.

To assess its effectiveness in reducing falls, the research team combined data from over 1,500 participants from ten previously published academic studies. All participants were between 56 to 98 years of age and performed one-hour tai chi sessions between one to three times a week. The frequency and severity of accidental falls were measured for up to 70 weeks post-intervention.

The researchers found that at-risk adults who practiced tai chi did, in fact, have lower rates of injury-related falls. In fact, tai chi participants were 43% less likely to experience a fall than non-participants, and 50% less likely to experience falls that led to serious injury. However, the study only had sufficient data to examine the immediate 12-month period after starting weekly Tai Chi. Further research is needed to assess whether improvements continued after those 12 months.

For adults who may be suffering from poor balance or have difficulties maintaining proper gait, the authors support the practice of tai chi for reducing the likelihood of experiencing accidental falls. Many community tai chi programs are free, and the techniques can be practiced at home with little to no equipment. However, like any exercise programs, the researchers advise practicing under the supervision of professional trainers and never on your own.