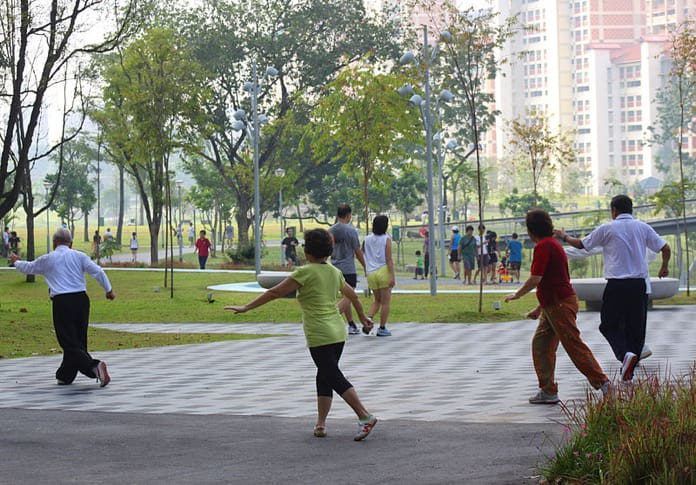 A recent pilot study laid the groundwork for a larger study to investigate whether tai chi could help older adults with chronic pain.

Many older adults suffer from chronic musculoskeletal pain. Musculoskeletal pain is pain that affects bones and muscles, as well as the ligaments and tendons that connect them. Adults with chronic pain, such as back pain, hip pain, or fibromyalgia, are more likely to suffer from falls and poor mobility. Chronic multisite pain is also associated with poorer cognition. Physical exercise may help pain sufferers to improve their physical condition, and types of exercises such as tai chi, that also requires mental focus, may be particularly helpful. tai chi is a slow-paced form of exercise that originated as a Chinese martial art.

Would a Larger Study Be Feasible?

Researchers in Boston, USA recently conducted a pilot study to investigate the feasibility of conducting a much larger study investigating the effectiveness of tai chi, compared to normal light physical exercise. They published the results, which included preliminary findings on tai chi’s effectiveness on chronic pain in older adults, in the scientific journal Aging Clinical and Experimental Research.

The researchers recruited study participants from the local area. All participants needed to be older adults (at least 65 years), have chronic musculoskeletal pain in at least two parts of the body, have either fallen within the past year or else use a cane or walker, and able to walk 20 feet without assistance from others. The study did not include people who already did a lot of exercise activities or practised tai chi, or who had a disease or condition that could interfere with their participation such as cancer or Alzheimer’s disease. At the beginning of the study, all of the participants underwent a variety of tests for pain, walking ability, cognition, and to determine how worried they were about falling.

The study participants were randomly assigned to either the tai chi group or the control group. The control group participated in light physical exercises that were designed to match the physical intensity of tai chi, but without the mental concentration aspect. Both the tai chi and light exercise groups were given the opportunity to attend two one-hour class sessions per week, over a 12-week period.

The main goal of this pilot study was to confirm whether older adults suffering from chronic pain were willing and able to attend tai chi classes, in order to prepare a much larger volunteer-based study in the future. To that end, they were able to recruit 54 participants, just short of their goal of 60. Of the 28 participants assigned to the tai chi group, all but five completed the 12-week program. Three of those who did not complete the program reported that the reason was difficulty performing tai chi or excessive pain. Overall attendance rates were similar for both tai chi and light exercise groups, with the average participant attending 79% of available classes. One participant received a minor injury during a tai chi exercise.

At the end of the study, the tai chi participants reported feeling significantly less pain and were less concerned with falling than they had been before the study started. They also exhibited small improvements in walking ability. In contrast, the light exercise group did not see any improvements in these measures. However, the light exercise group did see an improvement in the results of one test of cognitive function out of a total of seven tests.

The researchers acknowledged some limitations of this study. The sample size was relatively small, and the 12-week duration might have been too short for tai chi to have a meaningful impact. Also, the study participants were predominantly female, and almost entirely Caucasian, meaning that the results might not hold true for other populations.

A Suitable Exercise for Chronic Pain

Overall, the researchers concluded that tai chi was a suitable exercise for older adults suffering from chronic pain and at risk of falls. Most promisingly, even this small pilot study found some evidence that tai chi was effective in relieving pain and improving physical condition. A larger clinical trial will be conducted in the future, and it will take into account the lessons learned in this pilot study.