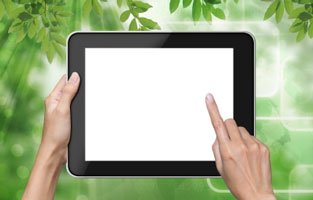 The use of tablet computers has increased dramatically, especially in the younger demographic. As of 2014 an estimated 42% of people over the age of 18 own a tablet computer. The risk of neck pain is substantially increased with the use of tablet computers, and a recent study has evaluated the biomechanics of the head and neck while using a tablet computer. The study calculated gravitational demand, defined as “the ratio of gravitational moment due to the weight of the head to maximal muscle moment capacity”. Gravitational demand was calculated for various postures and working conditions including: with or without a desk, with or without an accessory, while reading, or during typing tasks.

A better understanding of the biomechanics involved in tablet use will provide information from which to develop ergonomic recommendations, such as those currently available for desktop computer display height and keyboard placement. The results of the current study suggest that the best positions to be using a tablet are on a desk, in the high propped position, either with or without accessories. However, after surveying the participants, the authors found that the majority of people used their tablet in their lap. This is the position that places the greatest gravitational demand on the head and neck.

The results of the study suggest that it may be beneficial to try using it in the propped up position on a table or desk, to reduce the gravitational demand placed on your head and neck.

Image courtesy of bplanet at FreeDigitalPhotos.net