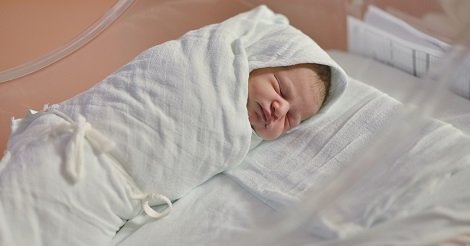 Sudden Infant Death Syndrome (SIDS) is a poorly understood phenomenon. In a recent study, researchers turn to previously conducted research to explore the potential correlation between age, swaddling, and sleep position as risk factors for SIDS

Sudden Infant Death Syndrome (SIDS) is the sudden, unexplained death of infants less than 1 year of age. Infants typically do not show any particular symptoms leading up to death, which makes this phenomenon perplexing and concerning.

In a recent study published in Pediatrics, researchers utilized the data from 4 case-controlled studies to explore whether swaddling (the practice of wrapping an infant in a light cloth with their head exposed), and sleep position (laying infants on their back, side, or stomach), play a role in SIDS. These studies spanned a period of 2 decades, and covered 3 different geographical areas (England, Tasmania, and Chicago).

After conducting various statistical analyses, researchers determined that based on these 4 studies, the risk of SIDS increases in infants who were swaddled. Swaddling has been suggested as a method to improve an infant’s sleep (ie. less crying, fewer spontaneous arousals, etc.). The potential reduction in spontaneous arousals from sleep has been proposed as a mechanism for SIDS. Through swaddling, infants are less likely to arouse from sleep, which makes them less likely to wake in response to low blood pressure, thus leading to SIDS. The risk associated with swaddling was also found to increase with age, with the highest risk found in swaddled infants aged 6 months or older. This may be related to an increased ability for an infant to roll onto their stomach at an older age.

While the data seems to indicate that laying infants on their backs may be the safest sleeping position, the researchers of this study caution that placing an infant on their back may not necessarily act as a protective measure against SIDS.

While the data for this analysis were collected from a small sample of studies, the results seem to indicate that it is best to avoid placing infants on their stomach or side to sleep, especially if the infant is swaddled. Since the cause of SIDS is still not apparent, more primary research needs be conducted to explore the roles of age, sleep position, and swaddling in order to create clearer recommendations for parents.