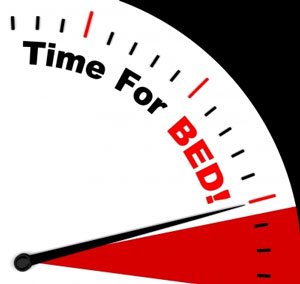 A new study assessing the long-term efficacy of suvorexant for the treatment of insomnia has demonstrated benefits with minimal side effects and no withdrawal symptoms after stopping long-term treatment.

Insomnia is the most prevalent sleep disorder, with 10-15% of adults reporting some form of sleep disturbances. Insomnia is more common in women than men, and the incidence increases with age. Insomnia can be present independently, or it can be a secondary disorder associated with other medical complaints, such as pain, or depression.

Current pharmacotherapies for insomnia include: antihistamines, melatonin, herbal preparations, benzodiazepine receptor agonists, chronobiotic agents, and doxepin hydrochloride. In addition, drugs that are indicated for other disorders are also used to treat insomnia, these include: antidepressants, antipsychotics, and anticonvulsants.

Suvorexant (MK-4305) is different from other drugs used to treat insomnia, as it is an orexin receptor antagonist. Orexin neurons are found in the hypothalamus, and play a role in the mechanisms that dictate wakefulness. As an orexin receptor antagonist, suvorexant blocks the activity of the orexin system, thereby reducing hyper arousal, resulting in better sleep. Preliminary studies have shown that suvorexant is highly selective for orexin receptors, increasing sleep in both animals and people. A short-term study of suvorexant demonstrated safety and efficacy for treatment of insomnia for 3 months.

A phase 3 long-term safety and tolerability study was conducted in 106 study centres across North and South America, Australia, Europe, and South Africa between 2009 and 2011. Participants were 18 years or older, and suffered from primary insomnia, without any neurological disorders, major affective or psychotic illness, substance abuse, or any unstable medical disorder. Participants were randomly assigned to either suvorexant or placebo treatment for 1 year. Treatment consisted of 30mg suvorexant nightly for elderly participants, and 40mg nightly for non-elderly participants. There were 484 participants who completed the 1 year trial. In addition to assessing the long-term safety and tolerability of suvorexant, the study was also designed to assess the effects of suddenly stopping long-term treatment with suvorexant. After 1 year, the suvorexant group was split and randomized to continue suvorexant (suvorexant-suvorexant) or switch to placebo (suvorexant-placebo). The original placebo group remained on placebo treatment (placebo-placebo).

At onset of the study, patients reported mild-to-moderate insomnia, taking approximately 1 hour to fall asleep, with a total sleep time of approximately 5.5 hours. When compared with the placebo group, the participants in the suvorexant treatment group improved, both in terms of sleep onset and sleep maintenance. The improvements were noted within the first week of treatment, and remained through the entire study period of 1 year.

The number of adverse events and discontinuation was similar between groups, and suvorexant appeared to have no effect on mood or depression. Adverse reactions that were more common in the suvorexant treatment group included: daytime sleepiness, fatigue, and dry mouth. There were no measures of daytime function included in the study, which limits the study from reporting on resultant improvements in quality of life, residual daytime effects, or daytime productivity. During the second phase of the study, the suvorexant-placebo group reported a return of insomnia symptoms. The symptoms reported were similar to those seen in the placebo-placebo group. Importantly, there were no adverse events or withdrawal symptoms reported upon abrupt discontinuation of suvorexant treatment after the 1 year study period.

The study provides evidence for long-term safety and efficacy of suvorexant, with minimal reported side-effects or withdrawal symptoms after long-term use. This drug acts by an alternate mechanism from currently available treatments, and therefore provides a new avenue for treating patients suffering from insomnia. Upon review of the available studies, the FDA has suggested the use of lower doses of suvorexant (10-20mg) is sufficient for treatment of insomnia.