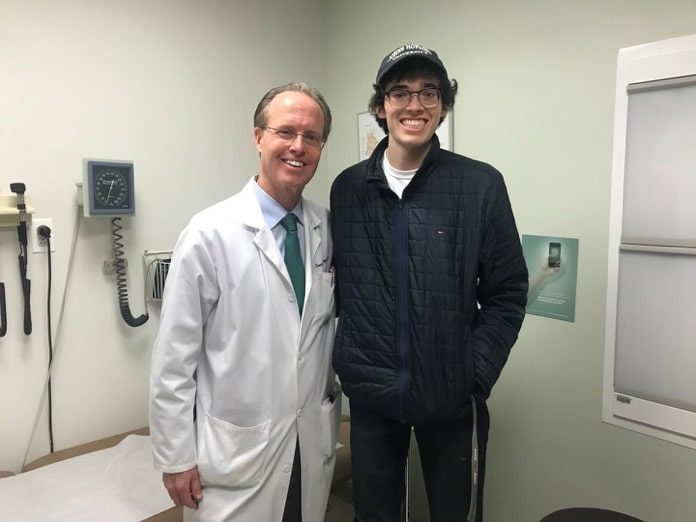 A New York-based surgeon has pioneered a new technique in an attempt to restore nerve function to children paralyzed from acute flaccid myelitis.

Acute flaccid myelitis has similarities to the more familiar condition of polio. It is caused by a virus that can rapidly cause damage in the spinal cord of children, and leave them paralyzed for life. It is relatively newly recognized in the USA, and in 2014, 1153 patients were confirmed to have the virus.

The most common age affected was seven-year-old children, with boys more likely. Not all children will go on to develop paralysis, but results of previous studies show that in 120 patients with acute flaccid paralysis, 118 were left with degrees of permanent paralysis. Only two children made a full recovery.

No treatment options for children with this paralysis

The damage in the spinal cord typically affects the movement of the arms. Until now, there has been no treatment option for children with this type of paralysis. Doctors simply told them that they would not regain movement in their arms. A team of doctors in New York has tried to turn that prognosis on its head and has developed a new surgery with promising results, as reported in Pediatric Neurology.

Two children with paralysis from acute flaccid myelitis had nerves with normal function transferred from other parts of their body to the affected areas within their arms. The theory being that the new nerves can stimulate movement in the muscles in the arms that the nerves affected by the disease cannot. This type of nerve transfer is a treatment strategy borrowed from another nerve condition. This condition develops in adults as a result of trauma to a set of nerves that supply the arm called the brachial plexus.

Limited but improved motion in arms

Two years following the surgery, both children had limited but improved motion in their arms. The patients are also continuing to make an improvement. Whilst the results of this study are limited, because only two patients were involved and there is no comparison to patients who did not have any treatment, it provides hope for the children and parents affected by this devastating condition.