Surfer’s ear is a common disease leading to deafness and repeated ear infections.  It affects most surfers who have spent ten years surfing without taking precautions.

The bone of the outer ear reacts to the cooling effect of the wind and water by forming small bony lumps around the opening of the ear canal.  As these get bigger they lead to gradually worsening deafness.  The narrowing means that ear infections are also much more likely as dirt and debris accumulate. The drying time is prolonged when water enters the ear.

New research published at zenplugs.com shows how much difference wearing surfing ear plugs and a surfing cap makes to the disease. Prospective research was performed using questionnaires as a data collection tool. These were sent to surfers via social media platforms and a hospital newsletter. 203 responses were gathered and the results analysed. They showed that surfers who didn’t wear plugs and a hat are 17 times more likely to develop surfer’s ear. This is when compared to those who wear them more than 90% of the time they spend in the water. This is the first time that this effect had been quantified in this way.

The majority of those in the group were regular surfers, many of them having surfed for most of their life. 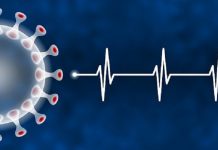