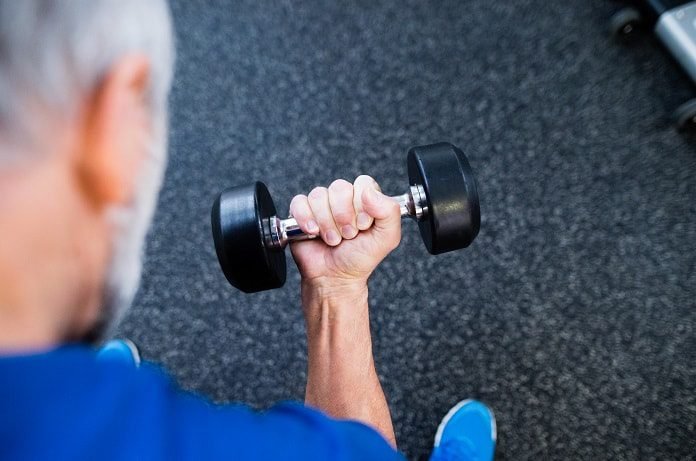 Energy expenditure during exercise can be increased greater intensity and frequency, but another variable that can be manipulated is rest times between sets. A recent study assessed how supersets, alternating exercises with little rest in between, effect energy expenditure.

One way of analyzing the effectiveness of a workout is measuring the energy expenditure (EE). EE can be analyzed through gas analysis or via variation in lactate concentration, and different training styles and patterns lead to great variations in EE. Individuals can use this measure to determine what kind of workout is best for them.

Generally, EE is manipulated by increasing exercise intensity (increasing load) or by increasing volume (total number of repetitions). Other variables that can be manipulated are rest time and exercise order. A common exercise pattern is doing supersets, which involves alternating two exercises with little rest. Researchers hypothesized that due to greater fatigue accumulation, supersets with minimal rest would lead to greater EE in strength training.

In this study published in the Journal of Exercise Science & Fitness, Brentano and colleagues investigated whether supersets have an effect on EE in strength training. EE was measured both during and after the exercise session via analysis of oxygen uptake. 22 physically active men were recruited and randomly divided into two groups, one in which the superset exercises were of the same muscle group (i.e. both knee extensors) and one in which they were different groups (i.e. knee extensors and pectorals). 10 repetition maximum (RM) for four exercises (bench press, pec deck, leg press and knee extension) were acquired and load was taken as a percentage of the individual’s 10 RM. EE was measured as a factor of total oxygen uptake.

The study found that supersets had no effect on EE during or after the workout in either group, indicating that it did not matter whether the superset exercises used the same muscle group or not. This is contrary to the hypothesis that greater fatigue accumulated from supersets of the same muscle group would lead to greater EE. Rather, EE was not significantly different in any kind of superset, regardless of exercise order. A potential limitation of this study is that oxygen uptake may not be an accurate representation of EE during strength training due to oxygen deficits and occlusion of blood flow during weight training exercises. The results indicate that the only way to alter EE in strength training is to change exercise intensity and/or exercise volume.