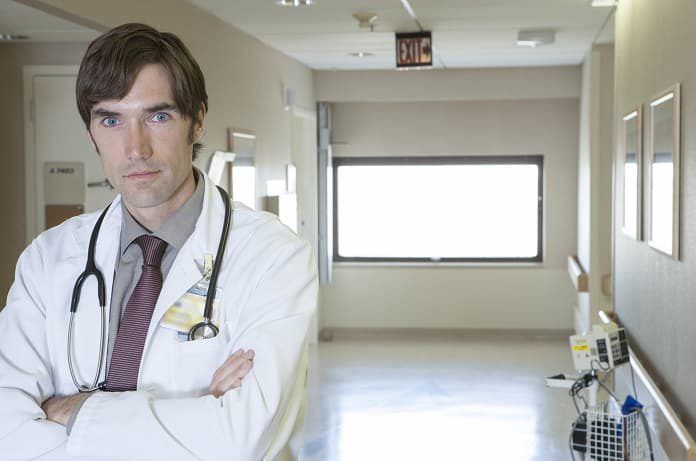 Compared to the general public, physicians and veterinarians are at an increased risk for suicide. A new review examines potential risk factors and theories for why these professions have a higher suicide risk.

In 2015, suicide was the tenth leading cause of death in the United States of America. Although females attempt suicide more often than men, men are nearly four times as likely to die by suicide. Interestingly, physicians and veterinarians demonstrate a higher relative suicide risk compared to the general population. Additionally, suicide in female physicians is reported to be four times than that of females in other occupations. Recent reviews have indicated that suicide risk is increasing in veterinarians, almost reaching that of physicians. A new review published in the US in Current Opinion in Psychology examines the risk factors and theories for why physicians and veterinarians are at an increased risk of suicide.

Many risk factors for suicide have been proposed for physicians and veterinarians. The most frequently-cited risk factor is job stress. This may include working long hours, social isolation, feelings of incompetence, and making mistakes during practice that may lead to significant psychological distress for the practitioner. Alternatively, some personality traits may make some individuals more susceptible to suicidal behaviour. These may include perfectionism, predisposition for anxiety, and high standards of achievement.

Precursors to Death by Suicide

Recently, the interpersonal-psychological theory of suicidal behaviour (IPTS) has been advocated as a method of identifying those with a high risk of suicide. The IPTS posits three precursors to death by suicide: perceived burdensomeness thwarted belongingness and a capability for suicide. Perceived burdensomeness refers to an individual’s perception that others would be better off without them. Thwarted belongingness is a sense of disconnection from those around them. Lastly, capability for suicide refers to the physical capacity to inflict lethal self-harm.

It has been hypothesized that physicians and veterinarians may display these three precursors more than the general public. For example, large debts acquired through schooling may lead to a sense of burdensomeness. Additionally, recent research suggests that physician experiences with euthanasia decrease the fear of one’s own death, indicating a higher capability for suicide in these occupations.

In conclusion, physicians and veterinarians may be at an increased risk for suicide due to work stressors, psychosocial factors, and access to lethal drugs. While the research so far is enlightening, preventing suicidal behaviour in physicians and veterinarians is a challenge. The stigma surrounding mental health still exists and reports suggest that physicians are less likely to seek mental health treatment than other occupations. Therefore, it is imperative that these professionals are encouraged to seek treatment when needed.