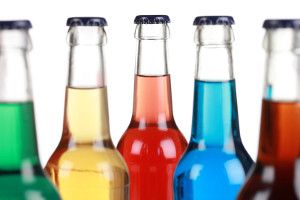 New research published in the journal Heart provides evidence that sugar-sweetened drinks increase the risk of heart failure in men.

An array of recent research has shed light on the negative health effects of beverages high in sugar, including negative impacts on blood pressure, diabetes, and obesity. We have previously reported some of the negative effects of sugar-sweetened drinks:

What Effects are Sugar-Sweetened Drinks Having on Your Kids?

The researchers suggest that the increased risk may be due to the fact that increased sugar consumption has been shown to be associated with cardiometabolic risk factors such as blood pressure, insulin, and glucose, in addition to promoting weight gain. These factors all impact on risk of heart failure.

In addition to providing more evidence of health risks associated with sugar-sweetened drinks, the study also provides a new prevention strategy for men at risk of heart failure.