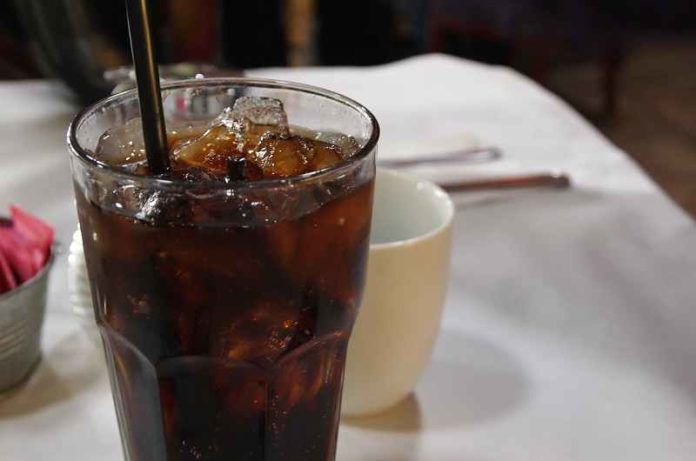 Attention pregnant women: Think before quaffing that can of soda, sports or energy drink, glass of fruit juice, or concentrate with added sugar. Each of these sugar-containing beverages, or SCBs, could cause your young child to develop a high body-mass index, along with a disposition toward fatness.

Such is the finding of one study involving Dutch women called The Generation R Study.

Researchers associated with the Erasmus University Medical Center in Rotterdam, The Netherlands, wanted to determine if pregnant women who drank SCBs after their first trimester would increase their child’s tendency of becoming overweight.

The children born during the course of the study were followed from birth up to approximately age 6. Researchers excluded milk products from their study.

Between 2002 and 2006, 4545 women about 12 to 13 weeks pregnant enrolled in the study; about 73% of them and their little girls or boys, or 3,312 women, completed it. The American Journal of Clinical Nutrition accepted the research for publication in February.

Initially, the women provided demographic information about themselves, whose main factors indicated height, weight, body-mass index (BMI), marital status, net monthly household income, educational level, along with personal traits such as frequencies of smoking and alcohol consumption, nutritional intake and whether they experienced incidents of vomiting or psychiatric episodes, among other items. They subsequently were weighed at each trimester and kept records of their meals’ contents during their pregnancies.

At birth, each infant was weighed and measured and was followed at approximately one-month intervals up to age 1; additional follow-ups occurred at approximately 14-, 18-, 24-, 36- and 46-month periods. At age 6, a range of each youngster’s body measurements was taken at a dedicated Rotterdam research center.

At that point, each child’s height, weight, BMI, fat mass index (FMI), lean mass and bone mass was measured, in addition to having blood drawn for insulin level determinations. Additionally, youngsters, at age 6, were questioned about their respective sports participation, the daily hours spent before a TV or computer monitor, and the number of daily servings of SCBs consumed.

Researchers developed a series of testing parameters to measure BMI, FMI, and other outcomes; one model was designed to yield findings by child gender. Another incorporated maternal demographics and their offsprings’ screen times and sports participation. A third brought together a 6-year-old child’s SCB intake along with variables from the second model.

Researchers further screened the tests’ results individually for soda, fruit juice, and fruit concentrate to yield specific data by SCB type. They also studied a host of other factors when evaluating their findings, among them maternal BMI at enrollment; whether vomiting and its frequency occurred during gestation; and whether women experienced any diabetes- or hypertension-related conditions in those nine months.

Their findings reveal a positive correlation between the average maternal consumption of 1.9 daily sugar-containing beverages during pregnancy — particularly of fruit juice — and a high BMI under or at 6 years of age and FMI at 6 years of age in their children. Statistics for girls showed they were more prone to the high levels of BMI and FMI than boys.

The researchers are forthright in explaining the study weaknesses, too. They cite the fact their study group, composed of well-off, well-educated, health-conscious Dutch women, precludes data input from other socioeconomic or national groups. Further, the fact that participants reported their own nutritional intake, but not that of their spouse, during pregnancy eliminated any diet-standardization numbers. Another limitation included the lack of data indicating the amount of physical activity for the mother.

The study concludes its strength stems from the large number of study participants and the frequency with which their and their children’s many measurements were taken, yielding the finding that a high correlation between gestational SCB consumption is linked to the potential for so-called big bones, or BMI, and fatness in early childhood.